You've met with a terrible cake, haven't you? 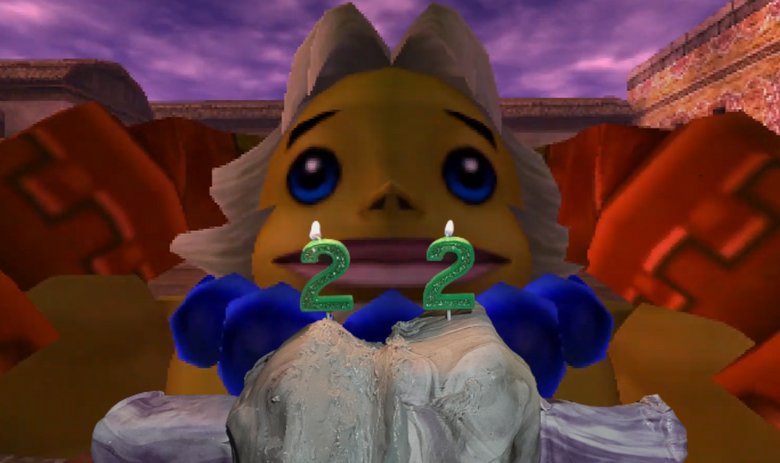 Released on April 27th, 2000 in Japan, The Legend of Zelda: Majora’s Mask came about in a time before global day-and-date releases were the norm. It took an agonizing 7 months for Majora’s Mask’s localization to be completed before I could get my hands on it here in England.

Costing £69.99 (£125 in today’s coinage!), Majora’s Mask remains the most expensive game I’ve ever bought first-hand. As a 15 year old, the purchase required me to save, steal and borrow the full amount. Thankfully, I already owned the Expansion Pak that the game required, otherwise there would have been an extra £24.99 (£44 with inflation) to scrounge up. The price of entry was worth it though, as Majora’s Masks’ wonderful and macabre world of Termina would build/improve on the seminal Ocarina of Time and make it my favorite of the 3D Zelda’s to this day. 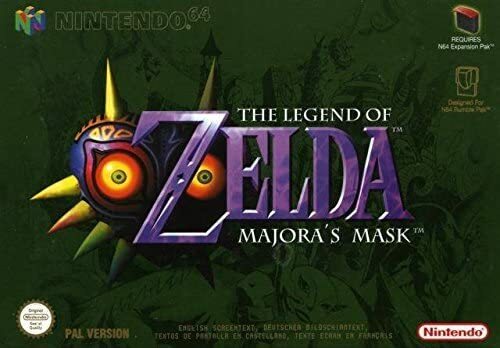 The PAL box art for Majora's Mask was quite beautiful, and my favourite of the regional versions

Fast-forward to just a few weeks back, which is when the GoNintendo Discord reminded me of the game’s impending anniversary. I wanted to recognize the occasion somehow, and what better way to celebrate a birthday than with a birthday cake?! I didn’t want to just bake a cake and stick a Majora’s Mask logo on it, though. I wanted to represent the game with something the characters themselves would have eaten.

I initially played with the idea of making a cake that looked like a potion, but as potions are in all Zelda games, this approach didn’t specifically represent Majora’s Mask enough. Thus, I narrowed down my search to food items exclusive to Majora’s Mask, which left me with exactly one option…Rock Sirloin: 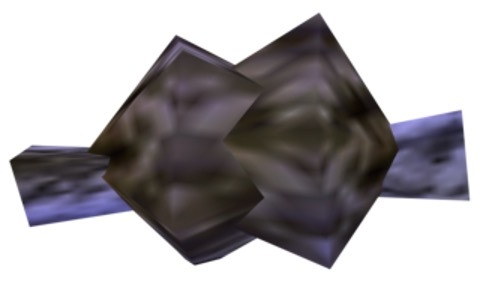 Outside of Majora’s Mask, Rock Sirloin is only mentioned in passing twice; once in Ocarina of Time, and once in Twilight Princess.

Sigh… I want to eat the top sirloin rocks from the Dodongo’s Cavern!

Open-air baths are the best, Brother! Nibbling on an evening meal of rock sirloin in the tub is like nothing else!

In Majora’s Mask, there is an optional side-quest where a Rock Sirloin can be collected and swapped for Don Gero’s mask, which can then be used to reunite the Frog Choir, netting you a piece of heart. With this discovery, I had found my representative item of food. Now it was time to bake!

Given the Rock Sirloin’s shape, the method I followed was:

– Bake a sponge cake to be cut up, which would represent the two “bones” on either side

– Stick the bones to the Sirloin Rock cakes with icing

For anyone who wants to bake the cake themselves, you can find the instructions below!

Make the mixture for the Sirloin Rock by adding to a mixing bowl:

And whisk together until the batter is smooth.

Add the mix to a 6” wide, 3” deep hexagonal baking tin and leave in a preheated oven to bake at gas mark 4 (temperature scale used on gas ovens and cookers in the United Kingdom) for 40 minutes.

Remove from the oven, and leave to cool for 10 minutes

Shape with a knife into the Hexagonal Diamond shape required for each side.

Mix the cake icing colors together as required, but not to a uniform color. This is done to match the N64 textures as closely as possible. Then, cover the chocolate cake to produce a similar rock-like effect.

Make the mixture for the “bones” by adding to a mixing bowl:

And whisk together until the batter is smooth

Remove from the oven, and leave to cool for 10 minutes

Cut the resulting cakes down the middle lengthwise, and then again widthwise. You’ll then have 4 pieces and only 2 are needed, so immediately eat the spare two. You’ve earned them!

Color your icing for the bones and cover the sponge cakes to produce the mildly bone-like look from the game.

Using icing, attach the “bones” atop each of the Sirloin Rocks, and leave to harden for 1 hour.

Turn the two Sirloin Rocks on their side and apply copious amounts of chocolate frosting to the bottom of the cakes.

Rotate one of the Sirloin Rocks and then push the two together. Support them in this position with whatever you have handy, then leave it to rest for another hour.

With the cake baked and looking “good,” all that’s left to do is light the birthday candles!

Finally, a comparison between what I was aiming for, and the final results. 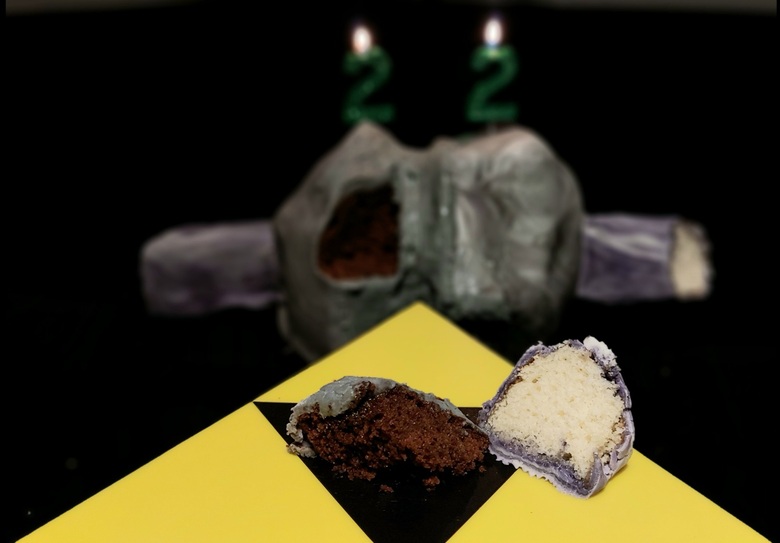 In the end, as with all matters of food creation, the most important thing was the taste. Fittingly for Rock Sirloin, the cake was rather… dry.