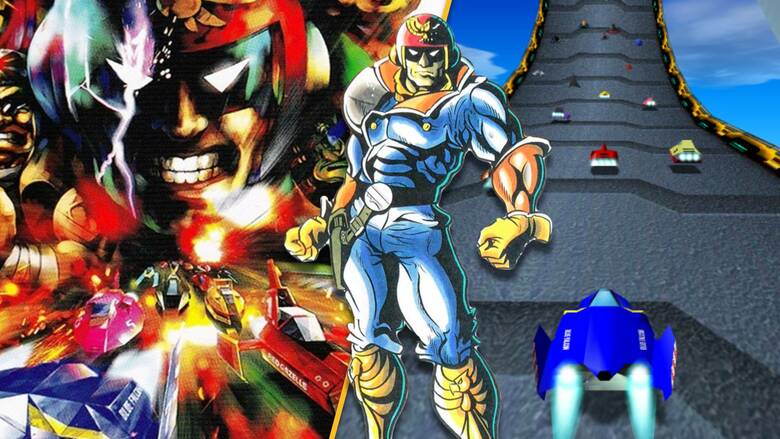 Nintendo has just sent out their press release detailing all the titles hitting Switch for the week of March 10th, 2022. As usual, it’s an absolutely massive list of games. You can get the complete rundown below!

F-Zero X – Compete with racers from every corner of the galaxy when the Nintendo 64 game F-Zero X double-tap dives onto Nintendo Switch and the Nintendo 64 – Nintendo Switch Online library. Pull up to the starting line in 30 customizable machines for a futuristic blast from the past. Feeling competitive? You can challenge up to three friends in VS Battle, locally or online, at speeds so fast even Captain Falcon will be put through the paces. F-Zero X will be available starting March 11 for players with a Nintendo Switch Online + Expansion Pack membership.

Chocobo GP – Get ready for a new racing experience exclusive for Nintendo Switch! Race as familiar FINAL FANTASY characters like Chocobo and Gilgamesh using special character abilities and Magicites to speed past the competition. Engine customization options will also be available, as well as local and online multiplayer. Up to 64 players can compete in a bracket-style tournament to determine the racing champion!

Phantom Breaker: Omnia – In this massive update to the 2D anime fighter Phantom Breaker: Extra, a mysterious man named Phantom works from the shadows in Tokyo to lure powerful fighters driven by strong desires into perpetual battle against one another. In order to make their wishes come true, these “Duelists” must wield their weapons known as F.A.s (Fu-mension Artifacts) and defeat their opponents. As their intense clashes shake the fabric of space-time itself, questions abound. Phantom Breaker: Omnia will be available on March 15.

.hack//G.U. Last Recode – Log back into the .hack//G.U., an exciting action-RPG series that is now on Nintendo Switch! This collection includes all 4 .hack//G.U. titles (Rebirth, Reminisce, Redemption and Reconnection) in one integrated experience. Immerse yourself in “The World,” a VRMMORPG filled with monsters, magic and chaos. Journey to the mysterious online world of .hack and experience an RPG like never before! .hack//G.U. Last Recode will be available on March 11.

The Cruel King and the Great Hero – Join an intrepid girl on her many adventures as she strives to become a hero with the help of her mighty dragon protector. Along the way, meet new friends, collect items and help folks from all walks of life! Discover a heartwarming tale of kindness, companionship and family in a gorgeous hand-drawn world. The Cruel King and the Great Hero will be available on March 15.

GRAND MOUNTAIN ADVENTURE WONDERLANDS – GRAND MOUNTAIN ADVENTURE: WONDERLANDS lets you freely explore entire ski resorts and the surrounding mountains. Unlock ski lifts and reach new areas by competing in challenges, or enjoy the scenery while you find your own path down the mountains. Fancy having fun with your friends? Go on and play in local multiplayer up to four players. The choice is yours!

Miitopia – Spring is in the air, and what better time for a new Nintendo Switch adventure than spring break? Cast your friends, family or anyone you choose in a comedy-filled quest to bring down the face-stealing Dark Lord! In Miitopia, you can create and customize Mii characters, assign them roles and watch them come to life. Laugh along as your best friend and dear old grandma team up in the fantasy adventure of a lifetime. With customization options as endless as your imagination, this journey may be just the game you need to put a spring in your step.

RISE to the Occasion – In MONSTER HUNTER RISE, you’ll explore lush ecosystems and battle ferocious monsters to become the ultimate hunter in the ninja-inspired land of Kamura Village. Join the hunt alongside your trusty Palamute or Palico companion and roam the fields to topple foes in gripping encounters, then use your rewards to craft a huge variety of weapons and armor. From March 11 at 10 a.m. PT to March 17 at 11:59 p.m. PT, Nintendo Switch Online and Nintendo Switch Online + Expansion Pack members can fend off the Rampage that threatens Kamura Village and try the full game for free!* Your save data for the Game Trial is not deleted when the trial ends, so you can also pick up where you left off if you purchase the game later.

Mii Characters Enter the Race in Mario Kart Tour – Suit up and race as Mii characters with the Mii Tour, the latest limited-time event in the Mario Kart Tour mobile game, happening now. There’s a lot to do when creating, sharing and racing with Mii characters. Have a hopping good time with the newly added course Wii Mushroom Gorge and its R and T variants. Also, look for drivers like Peach (Explorer), Toadette (Explorer), Builder Mario and Builder Luigi in the pipes. The Mii Tour runs from until 10:59 p.m. PT on March 22.

Also new this week in Nintendo eShop on Nintendo Switch: