What a Steal! (Literally) 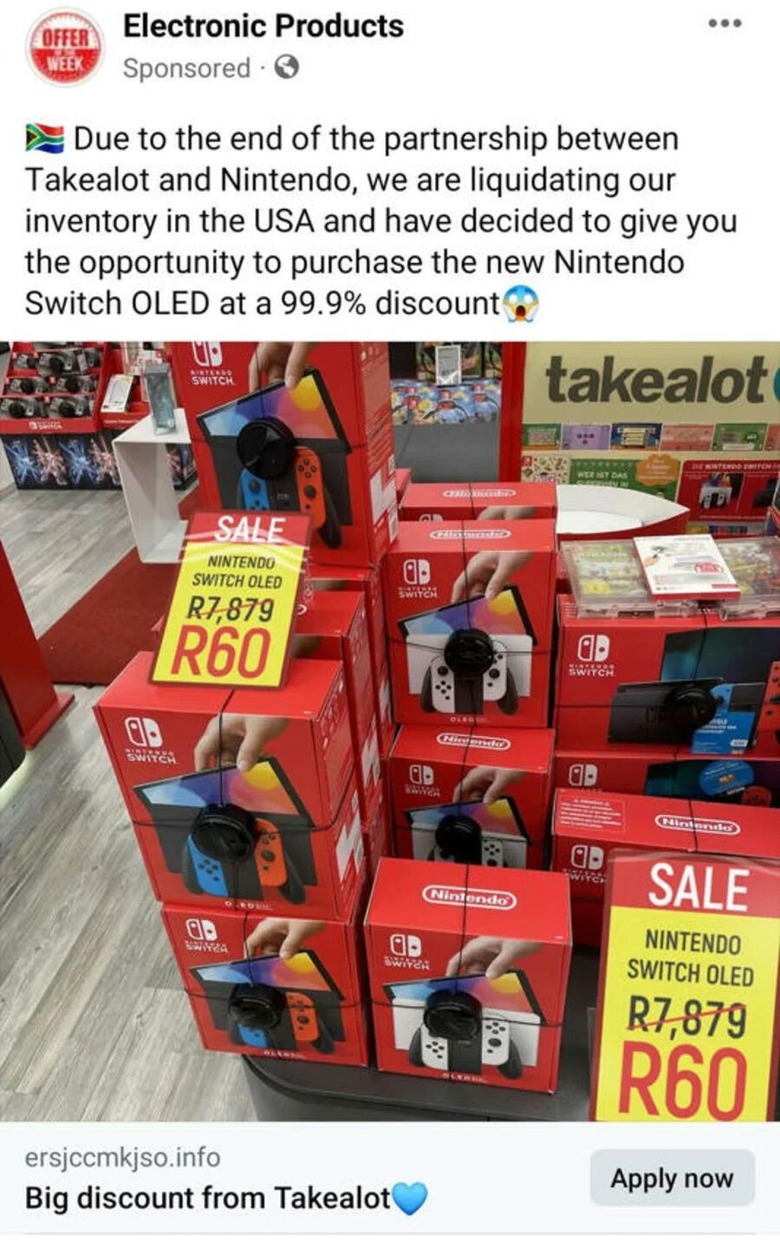 $4 Nintendo Switch’s might seem like a deal too good to be true and that’s because it is, seriously, why would you ever fall for that? Well it seems like enough people did in South Africa to warrant a warning.

Scammer’s posing as the online retailer Takealot on Facebook made a post claiming they’d be selling Switches for 60 Rand which is approximate to 4 U.S. Dollars. According to the “company” this is because they are liquidating their stock, which of course logically means they would sell $400 Switch OLEDs at 99.9% off, they’re just generous like that.

If you’re wondering how being out $4 is that big of a scam, it actually works by signing you up for many small payments once you’ve given them your card info, slowly siphoning you of money at a rate that they hope you won’t notice.

The real Takealot made a post on Facebook warning customers of the deceitful post, hopefully this reaches the people who we’re tempted by the good deal. Particularly, parents and grandparents looking for a good gift for their kids at a great price.

Seriously though folks, if you know someone who isn’t as internet savvy as you, be sure to check on them every once in a while. You never know what kind of tricks they may fall for.