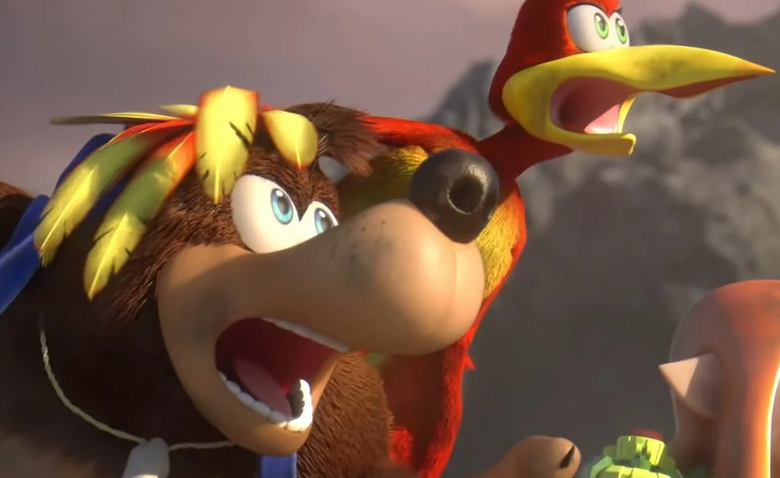 The Xbox & Bethesda 2022 showcase is set to air tomorrow at 1 PM ET, and Nintendo fans have plenty of reasons to watch. Microsoft has brought titles to the Switch before, and now that Bethesda and Activision-Blizzard are under Microsoft’s umbrella, there’s a chance a handful of games showcased will be Switch-related.

While there’s sure to be a surprise or two, the latest round of rumors will have Nintendo fans particularly interested. Rumblings across the internet point to a return of a classic RARE franchise that Nintendo fans will always hold near and dear to their heart.

For the last few days, there’s been chatter of Banjo-Kazooie being a part of Microsoft’s big show. It all started when Xbox’s Phil Spencer hopped on his Xbox to play the original Banjo-Kazooie on his Xbox for roughly a half-hour, earning just one achievement. Spencer has teased game reveals in interesting ways before, and fans believe that’s exactly what Spencer was doing with this quick gameplay session.

To take things further, ModernVintageGamer, a content creator and developer at NightDive Studios, claims that Banjo-Kazooie is indeed coming back in some form, and we’re going to see what’s up with the bear and bird at this weekend’s presentation. MVG claims that he’s heard from multiple sources that something is indeed in the works, and Microsoft’s show seems like the perfect place to reveal it.

Looks like we have an extra-special reason to tune into the Xbox showcase tomorrow. Let’s keep all fingers and toes crossed!