Metroid: Samus Returns producer on why the game hit 3DS instead of Switch, interest in future 2D Metroid titles 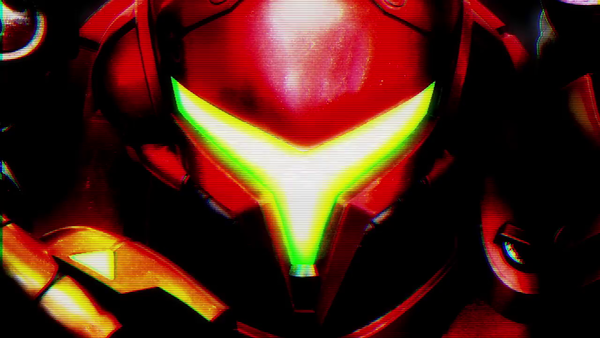 A portion of a GameRant interview with Nintendo's Yoshio Sakamoto...

GR: Are there any plans to continue making side-scrolling Metroid games in the future or is this just a one-off deal?

YS: “Personally, I’m constantly exploring the possibilities and the future of the Metroid series, and part of that means not imposing any limits on ourselves when it comes to game design or hardware platforms.”

GR: Why did the team opt to bring the game to 3DS rather than the Nintendo Switch?

YS: “ One of the themes we chose to stick with this time was utilizing both 3D visuals and a dual screen setup. In fact, I’d been interested in creating a Metroid title that allowed you display the map constantly on a second screen and interact with the elements of the UI by touching them since the time of the original DS. The 3DS made the 3D visuals possible of course, and the more powerful hardware allows for a higher fidelity experience—both are reasons we felt this was the right choice.”

And yet it took him to the end of the 3DS life cycle to actually make one.

Hahaha. Can’t argue with that.

The Wii U would've been a better platform for that. EVERYONE and their mother wanted a Metroid for Wii U.

I have to disagree. It's a good idea in retrospect... But really everyone wanted a Prime 4 on wii U and a 2D Metroid on 3DS. If they revealed that the nee Metroid title on Wii U was a 2D one (especially if announced with Fed Force) people would have been livid.

I MUCH prefer 2D Metroid to Prime but I like both styles. If Metroid fans are that bitter that a HD 2.5D OR HD 2D Sprite game was announced instead of Prime 4 then they can all jump in a river for all I care. At the end of the day a fun Metroid experience matters most. Also I thought most Metroid fans wanted to see the story continue after Fusion? You wouldn't get that in a "Prime 4".

Either way I'm just salty they chose to put it on 3DS in general (same with Mario Party: Top 100). A system I stopped caring about 2 years ago...I don't want to play games in 240p on a tiny ass screen with cramp inducing controls anymore. I'm sorry I just don't. I will be picking up Prime 4 on launch though!

I was just speaking generally. Those seemed to be the two biggest wants from fans, from my perspective, during that time period. As far as story... I have no idea. When I say "Prime" I guess I mean 3D Metroid.

Since Metroid 2 was a GB game so I would always have expected it’s remake to be on 3DS.
Nintendo try’s to keep remakes on the same system type as the original. Sure they’ve remade previously console games for 3DS but that was more about trying to push 3D but moreso its install base.

Have they really ever remade a handheld game for a console? I can’t think off the top of my head but curious if they did.

I too would have preferred it on Switch since this is the first time I’ve used my 3DS since March but I understand why it’s where it is. Nintendo is wisely not putting all their eggs into the Switch basket. Even though it’s selling well, it’s still good to support the 3DS for another little while.

I’m thinking give it another year, give a Pokemon Diamond/Pearl remake with Pokemon Bank compatibility with Pokemon Switch as a swan song and let the 3DS take a bow.

There are some, but the only handheld-to-console remakes I can think of from Nintendo (and I say that in a loose way) are WarioWare, Inc.: Mega Party Games on the Gamecube and Kirby no Kira Kira Kizzu on the Super Famicom. Maybe Mario's Super Picross, also on the Super Famicom.

Praying Samus Returns does well enough to keep the 2D Metroid line going. It's an excellent game. I was expecting it to be just good enough but definitely didn't think it would end up being up there with Zero Mission and Super for me.