Grezzo is looking for devs who would like to make a "Legend" with them. This is the second time they've put out a request like this, which is why they're calling this campaign, "Would you like to make a Legend with us 2". The first time they did this, Majora's Mask 3D was revealed.

This time, Grezzo is looking for devs with knowledge of HD game creation, as well as skills in Unity and Unreal Engine. That all lines up nicely with the Switch, and we know Grezzo has worked on Zelda titles in the past. It's also important to point out that the blurb makes no mention of Nintendo in any way. We have to figure out if Grezzo is reference to Zelda when they say "Legend", or if it's another game with Legend in the name.

Call me crazy, but I think Nintendo will take the same approach with Zelda II as was done with Metroid II. Both are the 'least accessible' entries in their respective series. I can totally see an updated remake of Zelda II.

The 2 in the listing could be a nod to the game title, and not just the second Zelda title they've worked on.

the guardian legend 2. well its about time (goes back to pretending it could happen)

Well that would be a surprise! :D

Well Skyward Sword is the only 3D console Zelda not to have had a remake.

Ocarina, Majoras, Wind Waker, Twilight have all had treatment.

Honestly playing Skyward Sword after BOTW would make it seem even worse a game that it already was. I thought it was terrible, slow, dumb annoying characters and villains, controlled poorly (yes I was controlling it correctly).

Hope they’re not working on a Skyward Sword remake.

I would be surprised if they used Unity or Unreal for a Zelda title though. The expectation for experience in those engines doesn't necessarily mean that either of them will be used of course - certainly not both.

Zelda SS truly is double edged sword blade. I really want that type of motion controls in a BOTW world/setting. At least for battle.

I have my copy for Skyward Sword so I'm not interested in a remake, but I would love a new game with the combat system of Skyward, maybe a Spin Off like Tri force Heroes with a versus mode or even a new IP that use a similar kind of combat with some improvements.

Knock that shoddy "Secret Of Mana HD" right off the stage.

Could be just HD ports of their 3DS Zelda remakes.
I could see them doing something like that to fill in during a dry season next year.

I'd be happy with that if they fixed all the stuff that got ruined on the Majora's Mask remake.

maybe they are going the mario route, with 1 2d game and 1 3d game per console...in this case 1 top-down game and 1 open-air game....or maybe one traditional zelda and one open-air zelda per console...who knows

Legend of the Mystical Ninja 2.

Call me crazy, but I think Nintendo will take the same approach with Zelda II as was done with Metroid II. Both are the 'least accessible' entries in their respective series. I can totally see an updated remake of Zelda II.

The 2 in the listing could be a nod to the game title, and not just the second Zelda title they've worked on.

I would absolutely go in for something like that. To me, Zelda 2 is a lot like Metroid 2: an essentially good and fun game hindered a bit by technology and some old gameplay ideas. A remake could be a lot of fun.

Yes! I think that's what it is. At least I hope it is.

Heh, now THAT is one doozy of a pipe dream...

I played like half way through the original and it did have some good ideas, story and atmsophere. MAybe I'll finish it one day.

This is probably dumb and crazy given that we recently got a remake of Ocarina of Time... But I'd like a reimagining of it. HD graphics, a more fleshed-out world, voice acting, and some of the lessons learned from BOTW. But that's probably out of the scope of a company that "updates" old classics.

That's not dumb and crazy at all! All I wanted out of OoT 3D was for them to expand the story a little, maybe add new sub-quest here or there. But instead, they couldn't even be bothered to relocalize the script, and instead of remixing and remastering the music, they left it as-is.

Ocarina of Time 3D was especially frustrating because there exist so much material, Ura Zelda not even included, you could easily expand the OOT experience to 50% more content. Yes, beating the runner, adding 1-2 more dungeons or making the Temple of Time a playable dungeon is something you might expect from a Remake where the fans know, there exist so much material which was cut out of the original game. Nintendo decided to give us a Remake with a graphic overhaul and better controls which was a wasted opportunity. Still loved the Remake because the original OOT feels very dated.

Looking forward to this project here. Remaking Zelda II would feel logical because of it‘s unforgiving difficulty and very different gameplay mechanics, the game itself is only remembered by the older and most loyal fans.

Looking forward to The Wind Waker HDer in 2018.

The Legend of Kay lol.

I thought they said the same before ever oasis released...

Ehh... not sure if ready for a Skyward Sword remake. Hoping it's something else.

Can I ask...just why do a lot here hate Skyward Sword?

Earlier on it was praised the moment it was released...and now?

I like it a lot at least the first time I played it but on the second playthrough I found the process repetitive. Its still a nice game though. I mean...Groose!

You're asking the wrong guy actually... I liked Skyward Sword, I just think it's too soon for another Zelda remake (counting both Wii U and 3DS, it would be number 5) and a Skyward Sword remake. Plenty of other franchises and games could use a remake.

Seems to be on track for the Zelda cycle, tbh. Give it one or two more Zelda releases and people will like it again.

I just want another Ever Oasis. Loved that game and it's in my top 5 for the year!
Probably won't happen though...

Come on, Zelda HD Collection for Switch! OoT, MM, TWW, TP, and SS all updated for Switch! All they’d have to do is release the 3DS versions of the 64 games with maybe more HD textures and then port over the Wii U versions of the GameCube titles. For SS we could just update the controls to work with the JoyCons, and maybe (though very unlikely since the whole game is built around motion controls) figure out a way to make it work with traditional controls.

My money is on that HD remake of Seiken Densentsu 2:
https://eu.square-enix.com/en/games/secret-mana 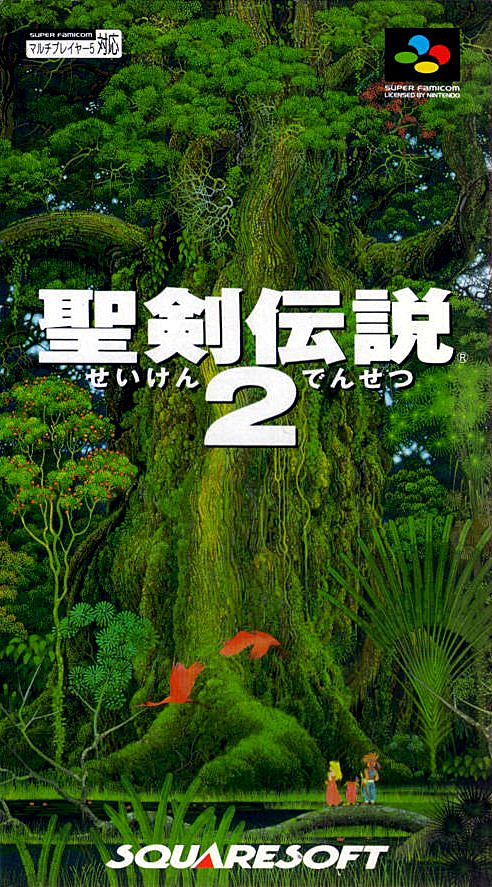 I'd personally prefer the Seiken collection being published in the west with Seiken 3 being officially translated at last...

If we find out about this through a posting looking for hires, it'll be a while before we know what this is about. But it's damn exciting either way!

I think the better thing to do a remake on is Chrono Trigger...

As much as I would love a new remake or something, I don't see Nintendo doing a Zelda remake with a third party engine...

Ocarina of Time HD for the 20th anniversary on the Nintendo Switch.

Considering Ever Oasis sold really bad, maybe they're back to HD remakes.

The Witcher series hits 50 million sold worldwide
May 28, 16:22 by seansneachta
Cate Blanchett officially confirmed for the upcoming Borderlands movie
May 28, 16:19 by seansneachta
Amazon France adds placeholder listings for Switch games from Warner Bros., Bethesda, Square-Enix, Ubisoft, Capcom, and Take-Two
May 28, 16:14 by kendricklamario May 28, 16:11 by kcst May 28, 16:00 by bakfug May 28, 15:56 by kcst