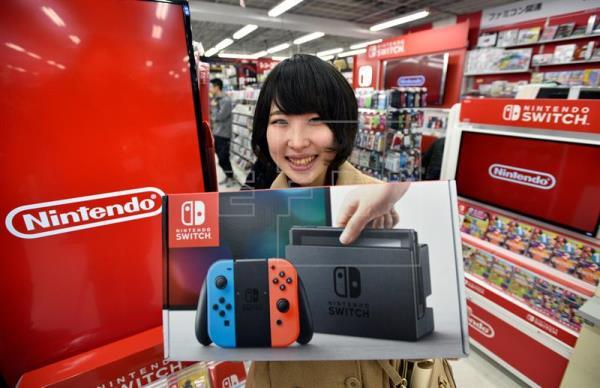 I’d argue that Wii U’s main problem was more than just marketing. Wii U was a conceptual failure from the very beginning. Even Nintendo struggled to justify the gamepad’s existence. Coupled with a thoroughly underwhelming line up of games, I’d say that’s the real issue. Good marketing might be able to sell a lemon but it’s naive to place blame there when the core product is a turd.

Switch, on the other hand, is very clear about what it is. It’s even in the name. The line up of games has been strong and not letting up so far. Switch is succeeding because it’s good, Wii U was shit and the market responded appropriately.

This was already obvious and proves that marketing plays a vital role when selling anything.

The Wii U's marketing was the main reason why it didn't do so well and Nintendo learnt from this and did better marketing for the Switch.

I’d argue that Wii U’s main problem was more than just marketing. Wii U was a conceptual failure from the very beginning. Even Nintendo struggled to justify the gamepad’s existence. Coupled with a thoroughly underwhelming line up of games, I’d say that’s the real issue. Good marketing might be able to sell a lemon but it’s naive to place blame there when the core product is a turd.

Switch, on the other hand, is very clear about what it is. It’s even in the name. The line up of games has been strong and not letting up so far. Switch is succeeding because it’s good, Wii U was shit and the market responded appropriately.

In my opinion, the Wii U is a far more interesting machine than the Switch. The Switch succeeds because it's simpler to understand, and people are more comfortable taking smaller leaps.

Actually it's because they had games. Big games. Wii U and 3DS didn't have any games at launch. Eventually the 3DS got a serious software injrction and became a hit... But sadly the wii u...

The point is software is what Ultimately moves game systems.

But the Wii U did have a lot of great games.

The Switch was a success with games that were merely ports of Wii U games. Breath of the Wild and Mario Kart 8. I really think it was the gimmick, the brand name, and the ads that really pushed the Switch.

The problem with this is that the Wii U does have great games. Mario Kart 8, Smash, Pikmin 3, etc are all only exclusive to the Wii U as of now except for 8.

Again... This was well into it's life cycle. Not in the first 9 months.

Well its not like the Switch's first 9 months is any better if you ask me. So far, only Botw and Odyssey are the main reasons worth getting the Switch. Splatoon 2 only happened because the original was on the Wii U.

Then there's no Smash, Star Fox, Wario or even a New Super Mario Bros game or Super Mario Maker for that matter.

Splatoon 2 only happened because the original was on the Wii U.

I don't know what to tell you if that's the kind of logic you're using. Plus I don't know why you're on the defensive about the Wii U. I never said anything was bad about the Wii U except for it's software library. There was just too much waiting for games, especially in the beginning. Trust me, I had it since launch. I couldn't blame anyone for not wanting to buy it in it's first few years.

When you say that the Switch library nine months is better paced than the Wii u, that is where I disagree with you.

The switch also has poor launch of games on par with the Wii u. Had botw been a Wii u exclusive, not only would it have dropped the switch sales but the game would have hardly sold any better than it has now.

Of all the games that the switch has for this year, only Zelda and Odyssey are strong titles as well as Splatoon 2 and that's all and it is nowhere any better than Wii u's lineup as well. The only difference is that the Wii u was released near the end of the year and the switch was released at the start of the year.

The point is that limited games aren't the reason why the Wii u failed. The wii u failed because of poor marketing

Are... Are you serious? 9 months of BOTW, ARMS, Splatoon 2, Mario x Rabbids, Mario Kart 8 DX, Fire Emblem Warriors, Xenoblade Chronicles 2, Pokken with all the characters not on wii u, and a slew of quality indie titles WITH Baiyonetta trilogy announced, Metroid Prime 4 announced, Yoshi, kirby, Fire Emblem, and Pokemon announced..... all that is not as well paced as the Wii u? Well, you've convinced me.

Few of them are ports of Wii U namely MK8 and Pokken tournament...oh and BOTW as well.

The reason that the Wii U didn't have the games that they were suppose to have is because of two things I could think off.

1. Either because the Wii U failed so badly that even if Mario couldn't save it, then its not worth for Nintendo to release games for a failing system when they can instead waste that amount on the next console making the hype games for that system in this case the Switch.

2. Because the devs weren't able to do enough for the games for the Wii U and so decided to make their games on the Switch instead.

And also, its not like most of those games are on high in demand. Arms is just as good as Splatoon was when it was on the Wii U. And again, it has the same issues as Splatoon namely that its not more of single player.

Then Xenoblade Chronicles 2. Ok...again, the Wii U had X so there's not much of difference and that X is more well received than 2 so another plus for the Wii U.

Mario X Rabbids...no one saw that coming and its a crossover nonetheless so again, not a game in such high demand unless you're a fan in strategy games. Also, a game by Ubisoft of all that alone says it all.

Warriors is a game that was also on 3DS so its not like its a major game that sold well btw.

Anyways, all of this is exactly the main reason why marketing for the Wii U IS the reason why the Wii U flopped. They couldn't even market the best games that the Wii U had properly on par with the level of the games for the Switch. The line up for the Switch despite having somewhat of a better library of games early on is still no better than the Wii U because

1. Few of the games the Switch has are just ports of the Wii U games like BOTW.

2. Most of those games aren't like "universal" acclaim. Examples are Xenoblade Chronicles 2, Fire Emblem Warriors, Mario X Rabbids. They may be worthwhile games yes but as far as quality goes, they are nowhere better than the games the Wii U had like Xenoblade X, Tokyo Mirage Sessions(can't believe I said that...) and Mario Ultra tennis I think it was called for the Wii U.

3. The amount of devs that hesitated to make games for the Wii U are on par with that for the Switch. I mean, seriously, even with the Switch sales booming, there's no way we're getting final fantasy 15 or Secret of Mana for the Switch.

But all that is going to change because the Switch's marketing is about twice better than the one that the Wii U wished it had. I mean...MARIO CEREAL?!?!?

I'm not saying that its any better than the Switch. I'm just saying that the Switch lineup is just on par with the Wii U with having just a mediocre launch.

next stop... ps vita and ps4..lmaoooooo

The website (nintendosoup) couldn't wait until it actually happened? Switch is technically 10K shy of Wii U sales as of 12/.24 on Famitsu and further behind on MC. It probably has surpassed it this week but this is technically incorrect.

Now, marketing...yeah, that was total crap. I'd also argue that the WiiU design and interface was VERY poor.

Wii U had good games but the amount doesn’t go too far beyond your laundry list. It didn’t have the breadth and depth that a console library should. A single major game every few months was not enough. Year 1 of Switch is a completely different story.

Splatoon, Smash Bros, Hyrule Warriors, Pokken, Bayonetta 2, The Wonderful 101, and Pikmin 3 in addition to what was listed.

There's a reason why a lot of Wii U games are getting ported.

The Wii U had a great library of first party exclusives. Many of them are some of the best titles this generation.
The issue was the seriously prolonged software droughts and lack of any third party support both from the west and Japan which usually gives decent support to Nintendo's systems.
This alongside the poor marketing and rather hefty price for what was seen as little innovation killed the console before it had a chance to take off, and despite the great first party titles laying in its library, the system's reputation was already soured beyond repair with the general public.