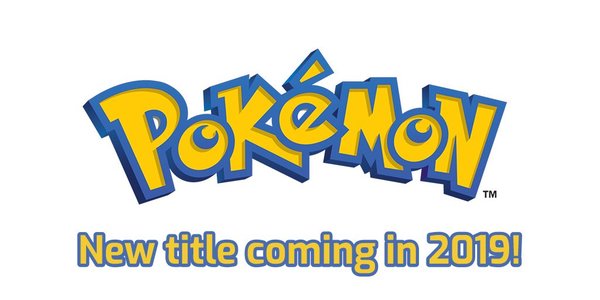 Pokémon Company President Tsunekazu Ishihara is the focus of an interview in this week's Famitsu, and he had some minor details to share on the upcoming core Pokemon RPG hitting the Switch in the second half of 2019. Nothing too major in here, but still nice to have some confirmation on these details.

I do hope they keep the removal of random battles and pokemon roaming the map from the Let's Go games. Aside from that, I much prefer the older mechanics.

I'd be more up for a refined experience, opposed to more Pokémon being added. Quality over quantity.

I don't see why the number of Pokemon will have anything to do with quality. Is not like adding new Pokemon models to their games will affect gameplay, story, map design, graphics and overall quality (I'm sure the teams are separate in terms of who is doing what as well). In fact, the 3DS main games have less Pokemon than previous Gens, but people will say the DS games have better quality overall and those have almost double the amount of new Pokemon introduced for their Gens(for example BW had 156(without including Formes) compared to XY 76 (98 if you want to include Megas) ).

Kuro said:
Is not like adding new Pokemon models to their games will affect gameplay, story, map design, graphics and overall quality

Except it will? Pokémon is all about, well, Pokémon. Their individual stats, how they interact with the world via HMs, battling, capturing etc is completely tied into gameplay. Usually the legendaries of new series entries influence the story too (though story has never been the main point of Pokémon).

They have 700 'mons already - I'd love to see them do more with those, than provide more. I'd love to see more emphasis on the Trainer's personal adventure with the limited Pokémon they have, rather than the same formula of new region, time to hoover up all the new Mons. It's a pipe dream, I know

I supposed I should have specified that the majority of the Pokemon don't effect the story. But the legendaries and starters are just what around 20 Pokemon at most that are tied with the story. For the most part, the Pokemon don't really affect much of the scope of the game. In terms of gameplay, I'm pretty sure they design them, create their moveset/stats/capture rate and just put them in whatever parts of the map and trainers they want to have them. They usually do some research into whatever real world location they want to use and then form the basis of the region's Pokemon based on the wildlife and culture/lifestyle of the place.

I do however I agree that it would be nice to have games have more emphasis on the Trainer's adventure. These games would be perfect for in-between generations, but it doesn't seem like GF has an intention to do that. Let's Go would have been an ideal way to do this by maybe having Lillie's Kanto journey that was hinted in S/M or some sort of sequel set in Kanto, but it seems they just wanted to do a 1:1 Pokemon Yellow remake for the casual fans.

In terms of limited Pokemon, each game limits them . No games(except the first Gen ofc) has all of the Pokemon between the two versions. Ultra Sun/Moon for example only had like 400 out of the 807 total Pokemon. There is also no National Dex in the games, so GF doesn't expect you to actually catch em all to get all the game's rewards anymore. Only the competitive players have to deal with balance and gameplay that comes with having 800+ Pokemon (even then they limit the Legendaries in most cases)

I've said it elsewhere and will say it here again, considering that there will be new Pokémon + all the older ones + an expected large world to explore, all in HD + perhaps voice acting (not sure about that one)... that's going to be a large game by its storage requirements, and Nintendo wouldn't want to NOT make a physical release of this so by releasing it later, and releasing in the meantime a more bytesized experience that fits onto a comparatively smaller and cheaper cartridge... by the time the larger game comes out, the cost of the cartridge that this new game will require will have come down. That benefits both Nintendo and the consumer.

@JINGLEBOY
I agree with him 100%. I think Pokemon should slow down after this generation and stop producing new pokemon and just work on developing the old ones. For a while now their idea of a new pokemon game was slapping a new coat of paint on the old game in the form of new mons and a new region. Then they sprinkle it with a new feature here and there.
My dream for Pokemon is GTA meets monster hunter. Flesh out the cities in the pokemon games, make the npcs do stuff and interact. They should have pokemon interact like animals do. Maybe an infestation of weedles attack Cerulean City and you have to defeat them.. or you explore the forest and come across a turf battle between zangoose and seviper. I would also like to eliminate the player character in favor of a robust design your own character. They can tell the story of the game through the npcs.
I didn't play sun or moon so they might have addressed this but HMs should be removed. Instead they should just be abilities. You should not have to teach golden how to surf or flygon how to fly.

@RUDYC3
While I would prefer they put everything on the cart initially I could actually see the benefit of making this game expandable via DLC. If done correctly they could create a sense of wonder and release new pokemon a few at a time so that it feels new to players and surprises them when they visit an old area to discover a new mon. It would give you that Lewis and Clark feel.
But this is pokemon so best to keep the dreams in check... lol