Starlink: Battle for Atlas - Starter Pack box art, Starfox in-game content will be a free add-on for all players 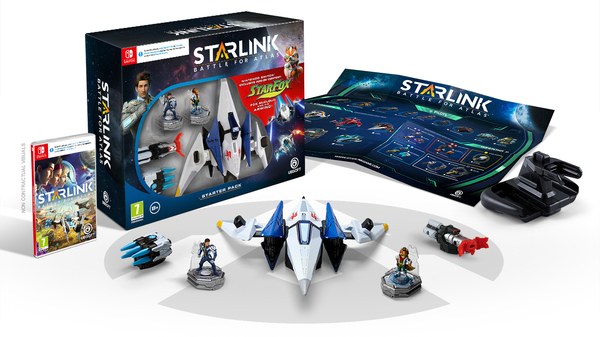 The Starlink diverse cast of characters will team up with ace pilot and leader of the Star Fox team, Fox McCloud, and his iconic Arwing ship in free exclusive add-on content for the Nintendo Switch. Players can play through the entire campaign as Fox McCloud and embark on exclusive missions in Atlas featuring other friends from the Star Fox universe.

If you want the StarFox figurines, you'll have to cough up some cash. No word on if those items will be sold outside of the Starter Pack. If you just want to play as Fox in the game, it looks like that content will be free!