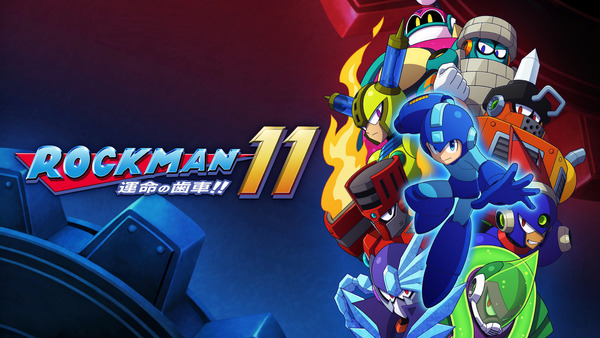 We've already shared the review scores that Famitsu gave both Super Mario Party and Mega Man 11. Now we have the blurbs that each reviewer attached to their review. Get the full details on both Famitsu reviews below.

1st reviewer: While properly inheriting the series’ traditional Rockman taste, it is being dropped on a modern style which makes it pleasant. The catchy BGM, stages that have their own characteristics, battles against bosses that require to be beaten by probing through their patterns, and more features let you enjoy actions with challenges as you repeatedly do trials and errors. For the first time in the series, a difficulty selection is implemented, which allows even beginners to play this easily which is a good thing. I wish the price could get suppressed just a bit more though. 8

2nd reviewer: I’m getting excited to play the a classic Rockman series with modern-style graphics and presentations. The addition of the Double Gear System forms its core; perhaps due to both stage gimmicks and boss battles are designed with a premise to make use of the above system, it has a game balance with much play response. The fun way of creating the game, in which you repeatedly challenge the stages and find walkthrough methods is still intact. A follow-up towards a broad range of players with the difficulty selection is also good. The price is also moderate, but the content make you can properly feel the evolution. 8

3rd reviewer: Although the characters have become 3D and rather cute with a bit roundness, the stages have enemies being placed in an annoying way but with good sense; the above points signify that the big-boned action unique to Rockman is still intact. The Speed Gear turns things to slow motion, which makes it easier to avoid difficult gimmicks and fierce attacks from bosses. It’s also a good thing that you can use better features for some weapons with the Power Gear. The Newcomer mode is very gracious, and the Challenge mode also has a deep content. 8

4th reviewer: With the action which has challenges and the appeal of strategizing in attack and defense being unchanged, [Rockman] has been rebooted as a brand-new title. What must be noted is the new system: Double Gear. Speed Gear slows the surrounding movements, and Power Gear enhances weapons. The balance is made so that by using [the above features] well, even people who aren’t too good with action [games] can clear this. The structure is being made not only as a rescue system to beginners but can also connect to a replay value to advanced players. I think that’s a good evolution. 8 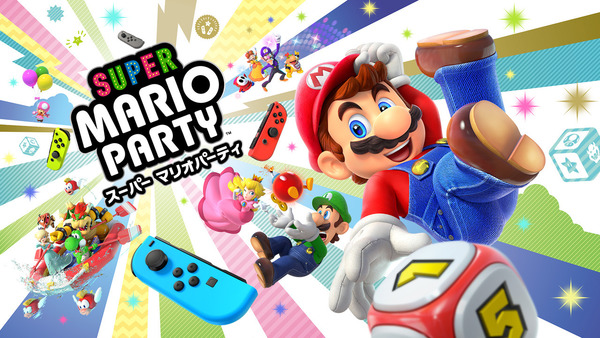 1st reviewer: The main Mario Party mode can be enjoyed by a broad range of users regardless of age or gender, which is good. The strategy element has increased thanks to the Character Dice which has different results for each character. Other than that, the meaning of partner’s existences has also increased which is good as well. The presentation in each event is done carefully which is good, but I wish it could be played with a bit better tempo. Other than the main [mode], I’m glad that it also includes a variety of gameplay, such as playing while lining up 2 consoles. 8

2nd reviewer: The Sugoroku-style Mario Party progresses in a rather laid-back pace, so the play feel is that you’ll want to play it deliberately. 2-on-2 is interesting as the freedom in movement and strategy element for team battles have increased. The River Survival mode is fun as it feels like a co-op, but I may be a bit concerned that the same minigame may appear multiple times in a single playthrough. It also has Sound Stages which can be played for a short time, Online Mariothon where you can play online versus, and much more. So it has a broad range of gameplay. 8

3rd reviewer: This is truly the definitive edition of party games. The depth of the Sugoroku game and the volume of minigames are also very complete. Being able to choose Character Dices with high risk & high return is also epochal, and the boards are also fun as things from gimmicks to background details are thoroughly created. The presentation is rich, but I kind of wish there was a speed-up option for those who like to play it quickly. It is very complete with a Sugoroku Lecture mode, Co-op play mode, Rhythm games, and even a Baseball Board-styled mode. 9

4th reviewer: The presentation of doing a high five using Joy-Con, and the River Survival mode which can be enjoyed by everyone as they go in sync for a river downstream, make it so that players can enjoy not only versus but also the sense of cooperating with each other even more than before. While Joy-Con share play is an obvious thing, exciting structures like connecting 2 Nintendo Switch consoles raise the party feel. It would have been even better if there was an option to skip each kind of presentations when we want to play with an even faster tempo. 9

Wonder how mega Man 11 will turn out..