Nintendo explains why The Legend of Zelda's art style is ever-changing, and how they came to Breath of the Wild's visual style 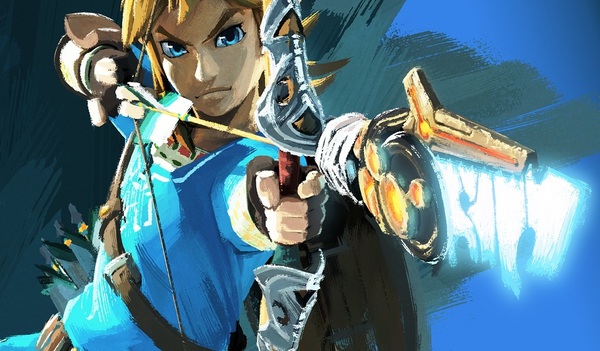 In the recently released Zelda: Breath of the Wild – Creating a Champion book, art director Satoru Takizawa has talked about a number of topics. In the snippets below, you can see Takizawa talk about why the Zelda series usually changes up its art style with each installment, and how the style for Breath of the Wild was created.

“I imagine there are a lot of people who have wondered why the visuals for The Legend of Zelda change with each new entry in the series. We look for the best way to express the unique spirit of that particular game and create a world that will be exciting for players to jump into and explore. Often, the results come from trial and error.

With Breath of the Wild we spent a lot of time thinking about how to visually represent this massive open world. The theme for this game was “revisiting expectations,” which left me at a loss as to how to express that visually [laughs]. At the same time, I felt that it was an ideal opportunity to establish a style that would become the definitive version of The Legend of Zelda’s art.

After a lot of worrying and going back and forth, we created a painterly art style that combined the realism of the game world with its playability. For example, if you cut down a tree in the game, it immediately creates a firewood. That was an intentional contraction of reality that cuts out portions of the game that the player might find boring or makes short waits more fun with comedy. We wanted to create a world that could accommodate the fantastical elements of Hyrule without sacrificing a more realistic art style, and we went about that by crafting a hybrid of the two that would allow the players to suspend their disbelief when certain things happen. That allowed us to include a broad range of ideas from the designers and enabled us to have some crazy stuff happen. For example, the player is able to toss a bunch of ingredients into a pot and have a dessert pop out. We found that injecting humor into the visual shorthand helps players forgive the break break from reality.”

Thanks to Sligeach_eire for the heads up!
Submitted by: sligeach_eire
Source: Link
Rating: 9

I think the first thing Nintendo do is look under the hood of their current machine and say to themselves what can it handle and then start from there. I love BOTW but its visual style was chosen because the Wii U and Switch couldn't handle a massive world the size of BOTW with realistic graphics and fine detail. I've no problem with how the visuals are and would gladly welcome another BOTW. It's a beautiful game and it's clever use of limited technology by Nintendo.

I don't expect it, but I would love to see more Zeldas in the style of Twilight Princess or even Hyrule Warriors (except for the WW characters).

That was good to read. I really liked the art style of BOTW. In my eyes it is one of the more beautiful games I've played. A realistic style would be somewhat more jarring when un-realistic things happened. I'd be fine with them continuing with this style even as hardware and various other capabilities increase over time.

The last thing I will ever want is a Zelda game going for a photo realistic look. I hope they don't deviate far from what they did in BotW. As far as I'm concerned, that style is perfection.

I really hope and wish the next zelda game brings back the artstyle of phantom hourglass or link's awakening.