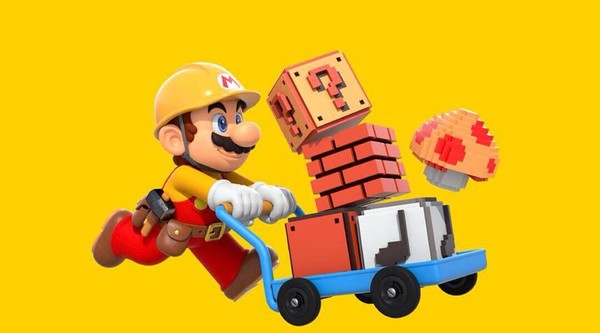 Nintendo said that Mario is no longer a plumber, but it is indeed a profession he once held. Wondering what other jobs the mustached hero has under his belt? Here are the jobs Nintendo officially lists as part of Mario's history.

I'm sure Nintendo fans could come up with a few more jobs Mario has taken on, but this is the official list from the Big N. I wonder what's next for Mario's resume!

Couldn't agree more. Strikers and Superstar Baseball/Sluggers are fantastic games that a lot of people don't give enough credit. They're really fun arcadey sports games and honestly I enjoy them much more than Tennis, Golf, or those lame half-assed sports compilations like Sports Mix, Olympics, or the one released on 3DS recently. Yet we seem to get those on a much more regular basis.

I get it NLG is a busy studio and I wouldn't want to take them off of Luigi's Mansion franchise even if Dark Moon was a bit of a disappointment (still fun though) and 3 looks to be more of the same. Hell I'd even like NLG to take another crack at the Punch-Out!! franchise eventually (with all new original boxing opponents). But at the same time I don't want to see Strikers abandoned forever as it was what put NLG on the map with Nintendo to begin with.

As for Baseball. Namco is a big enough studio to make another one. But it all depends on if Nintendo actually wants to make another one. From what I've gathered the Baseball games are the least selling of the Sports bunch. Hell Super Sluggers was never even released in Europe. Which is a shame because Super Sluggers was great and yeah I'm biased because it contained a ton of DKC fanservice in it and was the last time K.Rool appeared in a game before Ultimate but the game was still fun and had a surprisingly decent sized budget.

I like the idea of Mario just being an actor taking on different roles in each game.

For every job I know which game(s) they're talking about except the martial artist one.

Ow, didn't make that connection. But indeed, obvious now that I think about it

Not sure that's the one since he doesn't wear a black belt.

Didn't Miyamoto imply that Mario was the last guy you'd ever want for a doctor?

Yeah, I remember that. It's clear Miyamoto didn't make this list then. Probably just someone at NoA

They list Baseball, Soccer and Basketball, all sports he actually hasn't done in a while, but they don't list Tennis, which had a game release this year?

Mario Strikers is canon everyone!

Waluigi's crotch chopping for all!

Man Mario must have worked his butt off during college just to get all of those degrees.

Well, technically, only one of those requires a degree (doctor), and the other one needs a diploma or a degree (plumber). The rest don't have degrees.

Wasn't he a referee in Punch-Out?

And lots of other things in a lot of other games. I don't really know who made this list and what their criteria were, but it's really weird

He also was a horrifyingly disturbing typing tutor!

Factoids like this are the reason why I don't miss the trophy/spirit descriptions in Smash Bros Ultimate...there is always the slight omission, small mistake, wrong dates, etc. When the people at Nintendo try to be academic with the trivia.

They forgot that (much like Jesus) Mario was a carpenter and a pro wrestler.

Jesus (like Mario) was a man of many of hats.

Spoiler
Lemme tell ya a lil' story about a man with a wooden leg named Smith...

I wonder if Nintendo counts this as one of Mario's professions since they technically own the rights to the video.