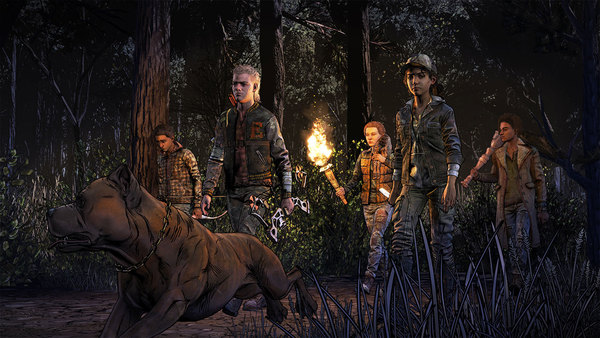 The Walking Dead: The Final Season is set to wrap things up on March 26th, 2019. This is an end to the game series that many thought would never happen after Telltale fell apart. Thankfully, Skybound Entertainment swooped in to save the day and finish the series up.

“The Telltale game has been a real source of pride at Skybound for a number of years at this point. It’s bittersweet to see it nearing its conclusion, but also rewarding to have gone on this journey and being able to step in and ensure it gets wrapped up properly. I hope you all enjoy it!”

That was followed up by some words from Skybound Entertainment Senior Vice-President/Editor-in-Chief Sean Mackiewicz.

“The FINAL episode of Telltale’s The Walking Dead: The Final Season will be released on whatever system you play your brain-rotting video games. A lot of talented folks put a LOT of effort into making this episode, bringing the season (and series overall) to a heartbreaking close... so please let us know what you think. There’s a ton of action to enjoy in this installment, so much you’ll never notice all the awful things about to happen to Clem, AJ and company... #StillNotBitten (for now).”