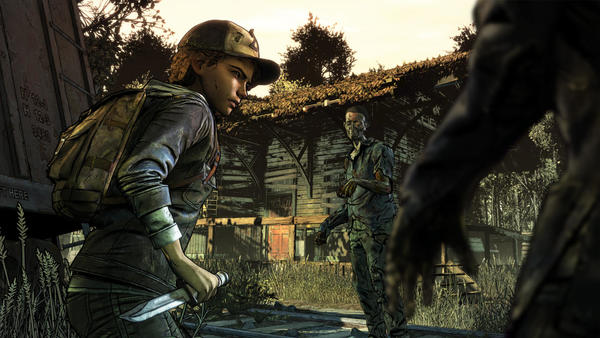 As you know, Telltale Games is no more. The studio closed down in the middle of development on The Walking Dead: The Final Season. Thankfully Skybound Games swooped in and saved the last two episodes of the series.

In an interview with Telltale's creative director Kent Mudle, we learn that the final episodes in The Final Season went ahead just as Telltale originally planned them to.

Well at the time of Telltale's closing down, Episode 3 had just hit sort of the middle point of development, which was funnily referred to as the ratings milestone--meaning all the voicework had been recorded and all the visuals were in sort of a rough state. So Episode 3 really just kind of had to get finished and just get a normal series of edits along with some nips and tucks anyway. Episode 4 had already had its first round of voicework recorded. So the first draft of the episode was written and recorded and like very base level like visual stuff had been done.

Thankfully before Telltale shut down, we already had talked, you know we work with Skybound editorial to get feedback from them and we already were aligned on what the plan was going to be to finish the thing. Though we did some revisions and some minor adjustments, it was exactly as it would have been had Telltale not exploded, really. And it was a testament to Skybound for letting us do our own vision without trying to like meddle with it in any way except for giving us feedback. But it was exactly what we envisioned and we'd all agree with Skybound to do even before Telltale shut down.

Except for the promised ports of season 2 and 3.

I played the final episode the other day and absolutely loved it. I can believe them when they say this, because I was genuinely impressed with how wonderfully Clementine's story concluded. The final season could have been an absolute disaster, especially after the trainwreck that was season 3 and the messy Telltale closure, but the final season ended up being fantastic, especially the last two episodes.

I'm really proud of the TWD team for what they managed to accomplish despite what Telltale did to them. And I'm thankful that they were able to finish Clem's story. Clementine will remain one of my favorite protagonists in any video game ever.