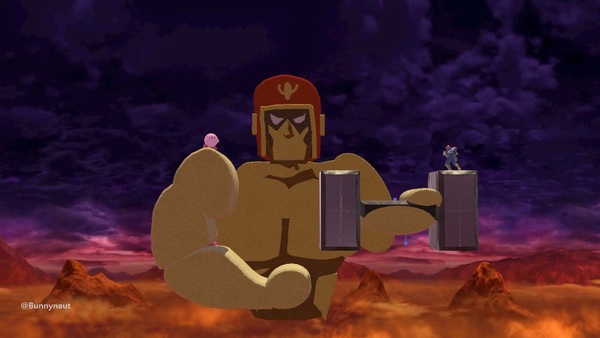 As we mentioned yesterday, Nintendo fans were quick to jump in on Smash Bros. Ultimate's stage builder feature and let their imaginations run wild. Unfortunately that meant a lot of filth and inappropriate content, which hit online mere minutes after the update made it to consumers. Thankfully Nintendo seems to have gotten a grip on the situation, having already yanked almost all of the offending stages. Hopefully that doesn't include the beautiful Captain Falcon above!