Super Monkey Ball's creator has no idea why the game sold well, talks about the differences between SEGA and Nintendo 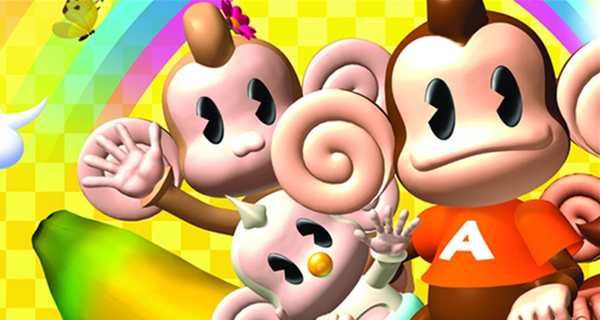 Sega Chief Creative Officer Toshihiro Nagoshi has worked on numerous franchises over the years, but most Nintendo fans know him as the creator of Super Monkey Ball. In an interview with Famitsu, we learn that the original Super Monkey Ball didn't sell well in Japan, but became quite the hit overseas. Why did the game find that sales success outside of Japan? Mr. Nagoshi has no idea.

“Personally, I wanted to gain experience by making Super Monkey Ball. But then it didn’t sell locally. I thought, “Now we’ve done it”, but then it took off overseas. Still, honestly I don’t know why it sold well. In the midst of that, Sega’s president called and praised me, saying, “You really took the overseas market into account!”, and of course, I said yes. (laughs)”

Super Monkey Ball was the first game SEGA created for the GameCube, and it lead to multiple other titles on the platform, as well as a collaboration with Nintendo on F-Zero GX. Later in the interview, Nagoshi elaborates upon the differences between the two companies.

“Nintendo's way of thinking towards holisticness and versatility was rock-solid. They didn’t really care about “whether things had a convenient excuse” or not. Being inclusive for everyone was something already assumed from the start, and this was something that was set in stone. Furthermore, this sort of thinking was found practiced by everyone from the top brass to the newcomers. It wasn’t just something said by the higher-ups and never practiced. Their unity is amazing. I thought, “If they have this way of thinking, no wonder Sega wasn’t able to beat them on hardware.”

Compared to Nintendo, Sega is a more “flashy” company. But because we’re more “flashy”, we’re able to go at ideas with a more lighthearted attitude. If we didn’t have this sort of attitude, I don’t think I would have been able to keep working here. Perhaps if I had joined Nintendo, I would have left this industry long ago.” (laugh)"

Still waiting on that Super Monkey Ball Switch announcement unless I really have to rely on Rolled Out to satiate those cravings...

I hope we see Nagoshi at the E3 direct, so he can pop up and just not announce anything, at all just like last time.

They did announce games, just not on stage.