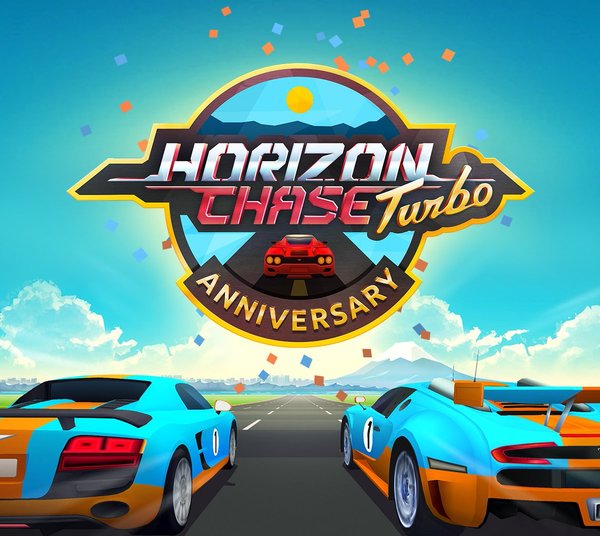 Porto Alegre, Brazil. May 16th, 2019 - A decent birthday party always needs some gifts, right? Well, this one is focused in our players community. But first let's look back and review the road we raced in this last great year.

Aiming for the horizon we hit right in the heart of racing fans. A time of victory inside and outside the tracks. Take a look at some of our achievements:

Besides tons of great reviews, we're 2018 Best Nintendo Switch Racing Game, with a Metacritic score of 82.

But let's stop talking about the past and start looking forward. Take a look in our anniversary pack with many gifts to our players community:

The biggest discount ever. 40% in all platforms, limited time.

A new and more competitive Playground, where players can collect coins and purchase new skins.

A pair of exclusive skins, limited to our anniversary month. It's better picking right now, while you can.

You think that's enough? Far from it. After this pack, there's much more in the radar. Besides Playground 2.0, we're working in new game modes and new DLCs including a new car, a new campaign and more.

Everything here is a way to thank our players community and everyone who raced with us.

After all, it's not just about crossing the finish line, it's about sharing the road.

We're ready. Let the challenges come! Learn about the Aquiris' story in this mini-documentary filmed by Sony Playstation.
Thanks for playing our game and supporting us! -The Horizon Chase Turbo team.