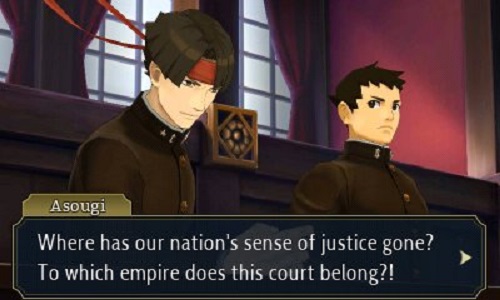 As much as fans wanted it, Capcom never localized The Great Ace Attorney. When fans realized that was the case, a select group got together to work on a translation of their own. In an interview with IGN, Rahky, the team leader over at Scarlet Study translation team, discussed some of the more challenging aspects of the translation.

"Of course, there is the occasional roundabout Japanese term or phrase that is a little difficult to make sound natural in English, but that's just an issue with translation in general. One example might be Souseki [character in fourth case] himself, once he gets into character his language gets much more complicated in Japanese once he realizes he's amongst native speakers. In particular... he spouts out some excited nonsense that were mostly ‘yojijukugo’ in Japanese, four-character phrases or proverbs that tend to carry a cultural meaning more readily understood by Japanese speakers but that doesn't really exist in English. That kind of stuff is weird to figure out sometimes, but sometimes discussing that stuff is half the fun."