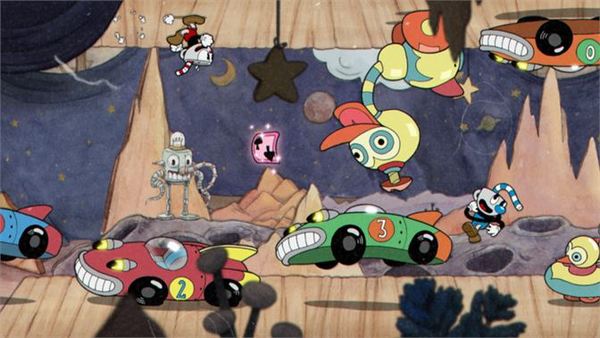 What's Elon Musk doing when he's not thinking about trips to space, underground tunnels, or self-driving cars? He's playing Cuphead, of course! He's not sitting down with a Switch to play it, though. He's getting behind the wheel of a Tesla to give the game a shot.

Musk has confirmed that his team has worked with Cuphead creators Studio MDHR to get Cuphead up-and-running in a Tesla. Teslas already had various Atari games added to them as Easter eggs, but Musk is stepping things up with Cuphead. Just as with the Atari games, Cuphead can only be played when the car is parked.

As of right now, only Inkwell Isle One is playable due to storage constraints. The team is working on those issues right now, and are aiming to have the game launch sometime this Summer.