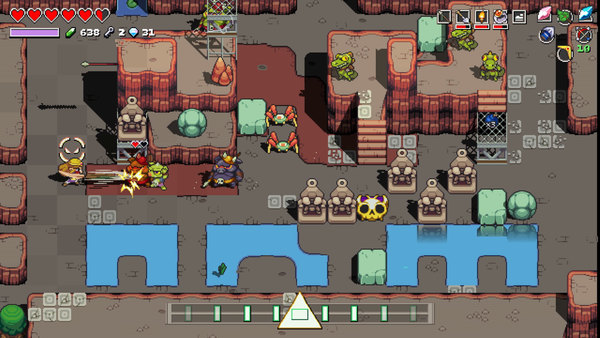 Grant Kirkhope has been the composer for numerous high-profile titles on Nintendo platforms, and has even worked with the Mario franchise through Mario + Rabbids Kingdom Battle. Still, there's one franchise that has escaped him that he'd love to have the chance to work on.

In an interview with Miketendo64, Mr. Kirkhope is asked if he'd like to create music for Cadence of Hyrule, if given the chance. Kirkhope has named The Legend of Zelda series as one of his favorites in the past, and has offered up countless compliments for the series' music. While no plans for Cadence of Hyrule DLC has been announced or even teased, Kirkhope says he would be honored to do so if given the chance.

It's just soooo weird for people to ask hypothetical questions like this. Like, what is going to say? No? lol

How random. Why? What is wrong with the music currently in the game?

Harry Potter meets Professor Layton in the puzzle mystery adventure "The Academy: The First Riddle," hitting Switch this Summer
Jun 03, 15:57 by storabajskorven Jun 03, 15:16 by hammergalladebro
Mortal Kombat 11: Aftermath Kollection's physical release won't have any game card at all
Jun 03, 15:55 by mereel
Nintendo of America releases statement on the tragic death of George Floyd
Jun 03, 15:30 by jar Jun 03, 15:26 by seansneachta
Yet more speculation of Epic Mickey's return bubbles up, thanks to another new piece of apparel
Jun 03, 15:22 by hammergalladebro