- When referring to each Hero, each one has a different name:

- Their altnernate costumes are based on other characters from the Dragon Quest series.

- This is the first time that the heroes from the Dragon Quest series are able to fight one another.

- Each Hero has a different voice actor:

- This marks the first time that characters from Dragon Quest III, IV, and VIII have voices.

- The Hero can perform Critical Hits (attacks that deal more damage than usual) at random.

- The Hero's shield can be used to block projectiles when fighting.

- The Hero's neutral special is the "Frizz Family" of spells: Frizz, Frizzle, and Kafrizz.

- Even if his moves are completely charged up, the Hero can't perform any moves if he is low on MP.

- The Hero's up special uses the "Woosh-type spells": Woosh, Swoosh, and Kaswoosh.

- The Hero's down special is "Command Selection":

- Pressing "R" closes the Command window, and opening the window again will produce a different of spells. 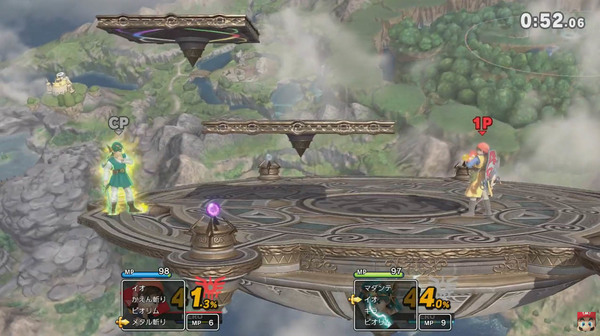 - Yggdrasil's Altar is based on a location in Dragon Quest XI S.

- The stage contains treasure chests; they can contain items and traps.

- If the treasure chest is a trap, a player can fight it. If the player wins, then the player receives an item.

- Dragon Quest spirits will be added to the Smash's Spirit Board. 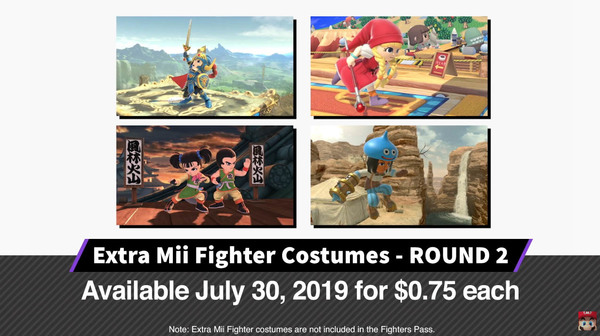 - The Version 4.0 update for Smash will add the following changes:

- Sakurai wants to remind players that the amiibo for Pokemon Trainer, Isabelle, and Pichu are now available. 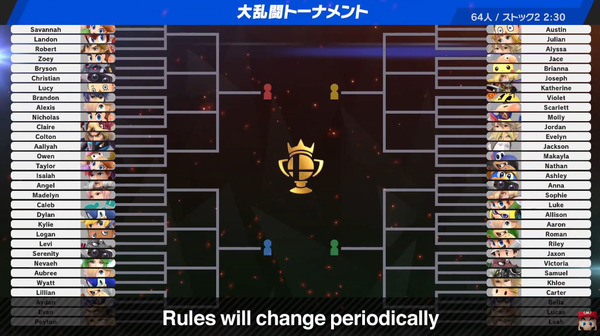 I like the time limit for the Smash meter addition. The other day me and my friend were just in a standoff with our final smashes. This would force us to charge in and use it.

Hero seems like a pretty complex fighter compared to the others. But also a mix of Shulk, Ike and some Cloud? But damn they put in a lot of effort here! Love this game.

The stage looks OK, but nothing more...

But 3 males now from the DLC content, so I am guessing they will throw in some females soon. Pearl did win 3-0 vs MArina, so.... haha. Nah, I still woudn't be surprised to see a port of Nier A and B2 in Smash. Nothing surprises me anymore anyway.

You've got a good point. Aside from Kazooie (*Gu huh*) there hasn't been female DLC fighters.

I do wonder besides Chun Li and Lara Croft if I'm forgetting any female legacy characters from gaming. Since so far the DLC have some sort of legacy, (even Persona if we count it was branched from SMT).

I wouldn't mind Chun Li. Those thighs are tattood in my brain since my early teens hehe. But she IS a big part of Nintendo's history.

I have said this before, but I would love to have Terra in the game. Her final Smash as an Esper would be superb. And just imagine the music tracks...And damn...What stage could it be? Narshe might be a bit cold.... Hummzz...

I still would not be surprised to see 2B with a late Nier:A port. Nothing surprises me anymore, really. And imagine all them silly Bayonetta vs B2 vs ZSS vs Peach images woud be like? OK... I'll leav that thought now hehe

I really can't imagine Lara Croft, though. She has had sooo little to do on Nintendo systems, but then again there's Cloud...

At this point anyone can have chances to be in Smash. I also forgot Shantae had people trying to fit that trailer to her being one of the DLC characters. I suppose she could be plausible, not only by being a female character, but also fitting more to Smash since it's also a mascot character, has a legacy from the GBC to now, and could more or less count as an indie character. Also the moveset is different from the RPG heroes we've been getting.

Ah, yes. Shantae would be fitting indeed. And it would be nice with an indie character in the game also. Still hoping for Terra, even though I know I am dreaming. But when it comes to indies I wouldn't mind Travis, but the chances aren't great there either.

One thing that would be INSANE fun is if it were the Giana Sisters as it basically was a Mario Bros. rip-off back in the day =D

But hey! What about Birdo?

I would LOVE to have Terra in the game... more than Cloud, even.

I think Terra would be PERFECT. As we all know, FF6 was a Nintendo exclusive back in the day, so the legacy part is there. I mentioned again her final smash as an Esper. Think I would get goosebumps from another dimension ;) And the grand music from the game. The only thing that's grinding my mind is what stage could she have? She was introduced in Narshe and I guess Sakurai and co could make a great stage out of it... Oh well... I'm dreaming here anyway.

I knew Eight's name, and was certain I read while ago the current Hero's name was Eleven, but couldnt find that source, and most said that was never confirmed..

Arusu? Is that how "arse" is pronounced in Japan?

Yggdrasil's Alter looks really neat, and I think I'd enjoy the gimmicks. Too bad 90% of the time I'm at Quickplay, people are goig to have it as either Omega, Battlefield, or with the hazards turned off...

Switch owners in China are not happy with how things have been going since launch
Feb 26, 21:18 by sikes primero Feb 26, 19:29 by fylo
WORLD OF HORROR dev says it's "too early to tell" if there will be physical Switch version
Feb 26, 20:12 by sikes primero
Platinum's new Tokyo studio will be working on Project G.G.
Feb 26, 18:49 by ejadaddy
3DS celebrates its 9th anniversary
Feb 26, 18:49 by ummbelievable
Platinum reveals "Project GG," which is targeted for all existing platforms, also teases other projects, including a huge secret
Feb 26, 18:34 by enthropy