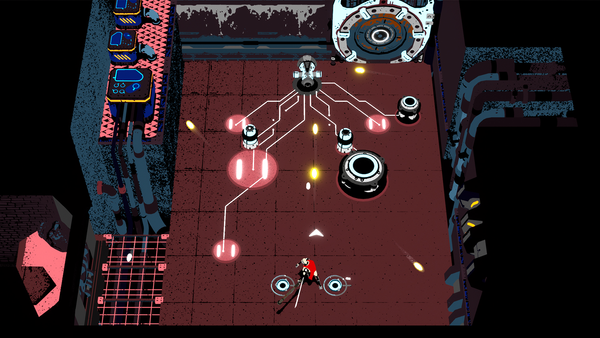 Creature in the Well is described as a "pinball hack-and-slash dungeon crawler," which isn't exactly a mash-up you see everyday. Making something this unique could lead to gamers being scared off, but Flight School Studios creative director Adam Volker says the approach is a calculated move. It all ties back into an old rule that director Steven Spielberg follows with his films.

"We came up with this rule, which is an old Amblin Entertainment idea, an old Spielberg thing called the 30/70 rule. People like things they're familiar with, with one major twist. So 70% of the world is something they're familiar with and 30% is something they're not. So for instance, it's our world, but there's an island full of dinosaurs. Or, it's the suburbs of Los Angeles, except an alien lives with a small boy in his backyard.

When we had the [pinball hack-and-slash] part, we felt like that was the 30%. So we decided we'd do the dungeon part, because people who watch the trailers and hear about the game will say, 'Oh, I like those games with a twist.' It feels fresh and new, but it isn't so new it's intimidating and overwhelming and no one knows how to play it."

I've been curious about this game--will my skills in pinball translate to playing this game well? I don't think you can catch the ball with your weapon, so it'd be pretty hard otherwise.