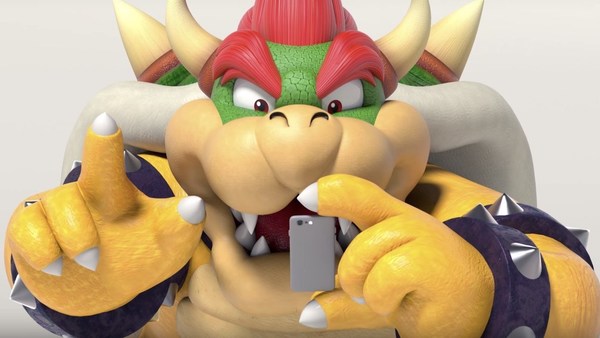 Nintendo and DeNA have teamed up to bring Mario Kart to phones with Mario Kart Tour. There's no doubt people will download the game left and right, but a recent report states that investors shouldn't expect the game to pull in big bucks. Takashi Mochizuki of the Wall Street Journal says that Nintendo "doesn't like the idea of players shelling out on in-game purchases and isn't interested in making lots of money from a single smartphone game."

We've actually heard Nintendo make statements like this before. They feel their mobile efforts are more about getting people familiar with their franchises, which will hopefully woo them over to their traditional game releases. While there's certainly some options for Nintendo to make money with Mario Kart Tour, it's not aiming to be the next Candy Crush or Clash of Clans.

Can someone tell the makers of Dr. Mario World?

Well their mobile games after Mario Run are as riddled with microtransactions as any other mobile game. This statement doesn't reflect to their games at all.

We didn’t like Super Mario Run and it’s only in-app purchase costing $9.99, so now Nintendo has to make their smartphone apps with micro-transactions (which includes gacha and, maybe one day, loot boxes). You could say we didn’t appreciate what we had until it was gone, but Super Mario Run hasn’t been delisted yet.

But it has enough IAP to be banned in Belgium.

Then why did they put the Blue Shell in the upcoming mobile Mario Kart game? That's the worst kind of "shelling". Actually, wait, no, there's far worse.

I understood that joke and I chuckled.

Is their PR team aware of how much FE Heroes has made the company?

" Takashi Mochizuki of the Wall Street Journal says that Nintendo 'doesn't like the idea of players shelling out on in-game purchases and isn't interested in making lots of money from a single smartphone game.'"

They say one thing, but their games say another.

Haha. It’s about 3 years too late to take that opinion now, Nintendo.

Well...technically Nintendo isn't developing the games themselves so they are kinda right on that part?

I mean Dr. Mario World is not by Nintendo, Heroes is kinda not Nintendo doing it...and Pokemon Go is not under Nintendo's belt either.

So you really can't say anything against Nintendo here unless its them that is actually developing the games. Of course, they can can it like Dragilia lost but....don't know.

Stop making your mobile games loot box/gacha shit then. Honestly, I don't mind if I have to use real money to get Daisy right from the start in Dr. Mario World and... Mario Kart Tour... as long as they're free apps to begin with

I figured they would have the opposite stance considering FE Heroes made bank for Nintendo. An article from Feb states it made $500,000,000 for Nintendo while Super Mario Run made 1/10 of that. It is pretty clear which strategy makes you more money in this day and age. Sad to say, but people don't mind shelling out a buck or two every couple weeks or every month. However, people are more apprehensive about spending $10 upfront for a mobile game. Even if, in the end, they end up paying WAY more for the micro-transactions.

I hate mobile games. I really do. Whether it is watching an ad to get a tiny bit of in game currency, or gameplay centered around microtransations designed to take advantage of human stupidity, there is always something that makes me feel dirty after playing a mobile game.