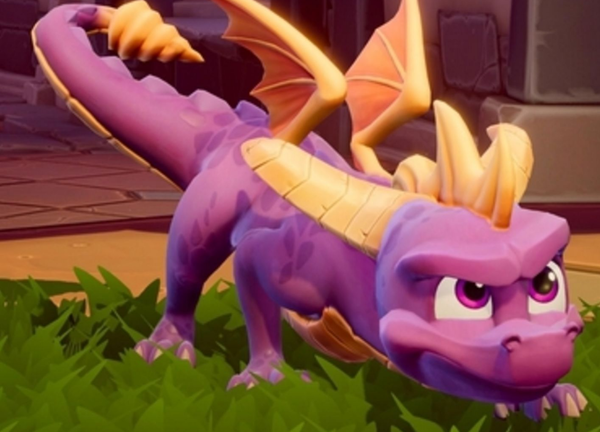 Well gang, the news is in. After much speculation, we now know for sure that the physical version of Spyro Reignited Trilogy requires a download. This has been confirmed by a user on Reddit who has access to the game. While the back of the box says you'll need at least 10 GB, the file download itself is 8.7 GB. This comes from the Euro version of the game, and we already suspected the North American version would require a download as well.

This was never about there not being enough space. The only reason they weren't included on the disc before was because they were not finished in time for release. So it stands to reason that they could have/should have put the games on the cart in their entirety. As mentioned there are carts that large.

anyone that expected this game to be on a 16GB card after it couldn't fit on the PS4's 50 GB disc at first was fooling themselves. I think they could easily reprint the PS4 version all on a disc now since I hear they shrunk the size there a bit, but it's really not a drastic or terrible thing to hit the plus button, unless you have low SD card space. Still debating whether to get it on PS4 for the achievements or on Switch for portable play though...

The thing is that the Switch version is downgraded like every other port. Besides, there are carts bigger than 16GB.

Even downgraded it doesn’t mean it will necessarily fit. In the case of dark souls they managed to fit the game but also caused the sound to get mangled, so that’s the other risk of this. Spyro might fit on a 32GB cart but since it’s a lower price game to begin with it would definitely cause a price spike which is not practical at all for a game like this. It’s better to just download and keep the MSRP consistent

Yeah, I definitely see that side of it as well. It’s unfortunate that the bigger carts are still too expensive to use.

I don't understand why so many people want Xbone and PS4 ports on Switch and then whine when they realize these games require space.

They would also whine if the games were all on the cart but the price of the game went up, so what can you do?

Require internal space*, which is quickly filling up with the number of games being released every week.

This was never about there not being enough space. The only reason they weren't included on the disc before was because they were not finished in time for release. So it stands to reason that they could have/should have put the games on the cart in their entirety. As mentioned there are carts that large.

How big is the game on the E-Shop?

Regardless, the Trilogy is worth the space, honestly.

Well, I guess that finally confirms i won't be buying it then.

You can keep your insulting, cheapskate, faux-physical game Activision.