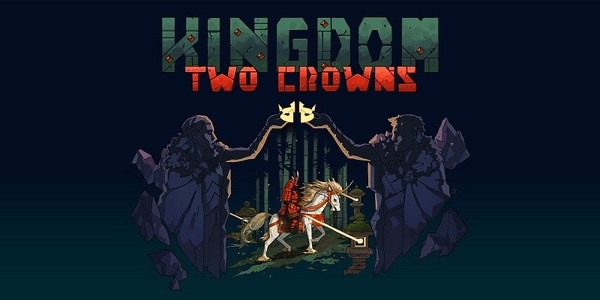 Kingdom: Two Crowns has gotten an update on Switch. We don't know the version number, but we do have full patch notes, which you can check out below.

On controllers, shoulder buttons now perform coin action which makes the game possible to play with one hand
Dog AI Changes that will make the dog stick closer to the player, introduce a couple of new behaviors to help the player and improvements to make the dogs purpose clearer to the player.
Improved color options for Blazon Editor

Catapults should now behave better in general
No more archers running in the air upon return to an island.
Ghost tutorial is now less intrusive/forcing and other general fixes and improvements
Fixed issue where grass didn’t properly grew back after winter
Fixed issue where the scope sometimes stays on screen forever if user invokes split-screen while scope is active
Fixed issue where the Hermits sometimes lost the ability to walk after building an upgrade
Fixed texture color on Griffin eating bits
Fixed issue where Player was unable to change appearance of ruler after losing crown

Please note that you will need to start a new campaign for the game to properly generate the balance changes into your Kingdom. In order to do that follow these steps:

Allow your current game to load
Open the menu
Select “Campaign”
Select a blank campaign save
Enjoy the changes!