RUMOR: A Splatoon collab might be heading to Fortnite

Could this really happen?
06 September, 2019 by rawmeatcowboy | Comments: 8 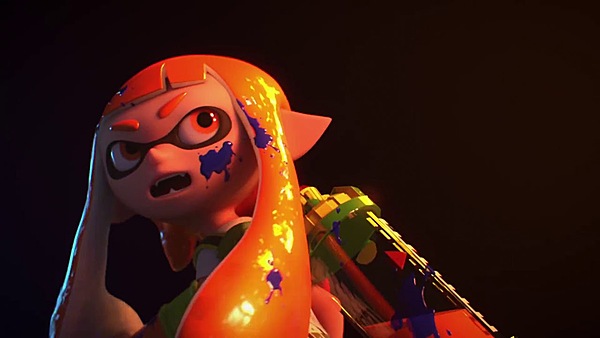 Chalk this up to things you've never expected. A Fortnite dataminer has been sifting through the game's most recent updates, and they've found something that might point to a Splatoon collaboration. The lines of code that are fueling the speculation can be found below.

Obviously Splatoon fans are going to see mention of 'SquidKid' and automatically think of Nintendo's series. That said, Epic might be using this as a name for countless other items in the game. It honestly would be pretty surprising to see Splatoon represented in Fortnite, but stranger things have happened!

Right now there's a collab going on with Borderlands so I mean sure they could do other game related crossovers. If by chance the thing in question has cosmetics attached to it I wonder how that works with crossplatform play because Nintendo doesn't allow the Mario Mash-up Pack in Minecraft to be used crossplatform so I can only assume if there are Splatoon cosmetics there may or may not be something to prevent the cosmetics from showing up for players on anything that's not Switch.

If you can play as Inklings I may jump back into Fortnite for a few matches.

This is the worst thing to ever happen to anything ever

I kinda hope you're just joking around because seriously the "FoRtNiTe BaD" circlejerk has gotten super annoying, it's literally no different from the "ew Minecraft is a stupid overrated kids game" circlejerk from 5 years ago, only difference is Minecraft has nostalgia associated with it now so it's seeing a resurgence in popularity akin to back when it first blew up because those kids are either in high school or college freshman now.

For eel though, this is a hard nope from me.

Yeah that's gonna be a no thank you from me dawg.

I love Splatoon and I'm not interested in Fortnite, but I think this is a fabulous idea. if it exposes Fortnite fans to Splatoon and gets them curious about it, that can only be good for Splatoon and its future.

I have to admit, as Fortnite started to blow up a couple years ago, I half-expected Nintendo would introduce some sort of battle royale aspect to Splatoon 2. I'm not certain if that's even technically possible with the game engine, but I imagine it would be a lot of fun!

The weird thing about this would be seeing Splatoon stuff on other platforms like PC or PS4... if that's the way they're planning this. But it seems more likely the crossover would happen on the Switch only.