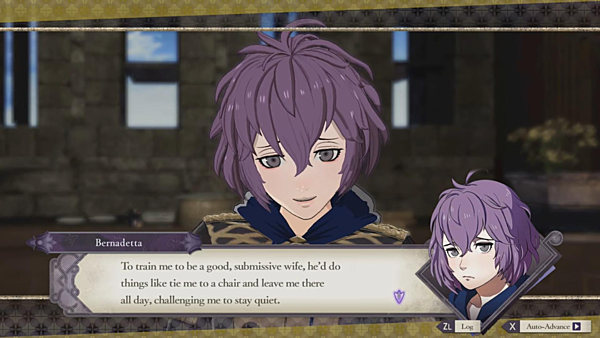 Fire Emblem: Three Houses received a patch earlier this week that included a bunch of bug fixes, as well as new content. One thing that wasn't mentioned by Nintendo was a slight change to one of the support character conversations. In the screenshot above, you can see the conversation as it was before the patch. 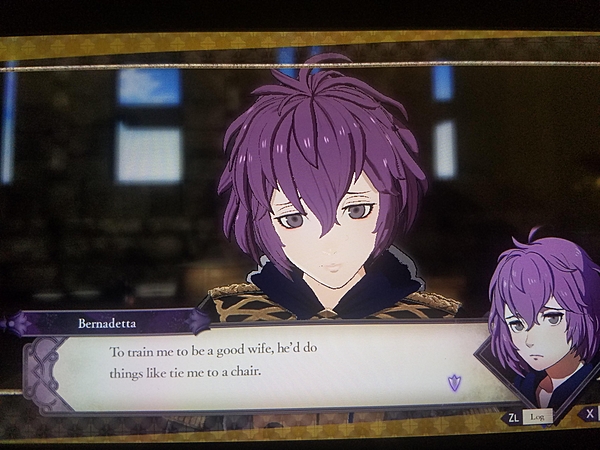 In the second screen, you see how the conversation was altered. There's no word on why Nintendo felt this change was necessary, nor do we know if other conversations were altered.

I think I have a guess or two why they changed that line...

The game portrays what her father did as a bad thing. There is no reason to alter it.

Why? Its obvious!
Nintendo just changed all of male byleth actor dialogues just because he supposedly was an “abusive” person, very surely ending this guy’s career. And they have this kind of representation of abuse in the same game? I mean, its pretty much a double standard.

FAntasy and reality are supposed to be two different things, though.

Indeed. Damn good example, really. Even if that may not have been your intention?

"supposed"?
He openly admitted to the things he was accused of. Plus he broke NDA with Nintendo. That's perfect grounds for what happened to him

I heard the new translation is more accurate to the Japanese script, but I still don’t like this practice of changing products I’ve already paid for. It’s not a big deal in this instance, but we’re seeing developers try more egregious ones, like Activision with microtransactions.

It's a double edge sword, games aren't products anymore. Any game changes, be it a quick patch fix or an expansion of some sort. The game that releases rarely stays the same months or a year down the line.

It's an interesting debate if all "flaws" should be fixed. As sometimes a glitch or a line of dialogue is part of the personality of said game.

I feel like the alteration is kind of worse, leaving more to the imagination.

Atleast its not like Fates where the cast had conversations that were completely altered...

Does the dialogue continue after the tied to a chair bit in the update? If not the line no longer really makes sense. Both are obviously wrong for someone to do, but it's showing how her father treats her. In the first, it's clear that he's trying to "train" her to be quiet, whereas in the new one (if the line doesn't continue) then it's vague and actually even worse/creepier.

Well that is a shame. Bernadetta's tale of surviving the abuse of her parents was a potent and powerful story, one that pushed the negative aspects. This was a great scene to show why she is the way that she is, to change it is to cheapen her character.

On the one hand this isn't a huge change to get worked up over, the meaning of the conversation is pretty much the same. That said it is a bit less colourful, and definitely unnecessary.

The whole point of the scene is describing a serious trauma, to build your empathy with the character. There's no legitimate objection to be raised against the original, it wasn't in bad taste or insensitive. This is the kind of thing they might do to avoid a certain content rating, but the rating isn't going to change post-release.