Sakurai credits Smash Bros. Ultimate's success to the many franchises it includes, shoots down requests for Iron Man and Goku 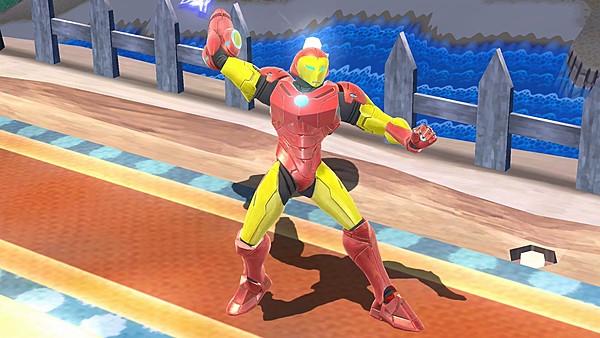 As we discussed yesterday, Smash Bros. Ultimate took home a number of awards at the Japan Game Awards 2019, including Game of the Year. During one of his acceptance speeches, Masahiro Sakurai explained what he believes to be the reason why this installment in the series has been so successful. The translation below comes courtesy of PushDustIn.

At the Game Awards 2019, Smash Bros Ultimate broke several records. That was in thanks to the number of series that have contributed to the game. I am incredibly thankful to everyone involved. Let's look back at the pre-release countdown. Smash is truly unique...

It's true that Smash Bros. Ultimate represents an enormous amount of franchises, from first to third parties, including indies. That said, not every request for character cameos is going to be filled. Sakurai once again took a moment to address why certain character requests will never see the light of day in Smash.

Not only is the number of franchises incredibly impressive, it means there's a wide pool of people with some kind of interest in the game. I think most people are happy with the fact it is remaining games-only. It's important to have some cohesion.

Not only is the number of franchises incredibly impressive, it means there's a wide pool of people with some kind of interest in the game. I think most people are happy with the fact it is remaining games-only. It's important to have some cohesion.

Indeed. Which nakes ne even more curious as to who's next, let alone the next batch of fighters.

After Joker was revealed, there was an anonymous source who claimed the entire Fighters’ Pack was to be in the same vein as Joker. Namely, video game characters from third parties that are important in gaming industry, but not necessarily heavyweights on Nintendo platforms. I’m sure the final character will be like this too.

But, as for the *other* characters... hopefully they are from lesser-known but deserving Nintendo brands such as Chibi-Robo, Wonder Red, Springman, WALUIGI, etc.

Birdo would br a fun fighter. Piranha Plant is a blast.

As much as I would love dearly for the niche Nintendo stuff to finally be represented, Sakurai's comments make me believe that would run contrary to his goal, which is to continue adding MORE worlds to Smash... Adding more Nintendo stuff, especially ones already heavily represented like Mario (Waluigi), would not be expanding it in that way. But then again, he added Pirhana Plant of all things, for free. I have learned to just accept that one cannot gauge whatever Sakurai says accurately because he is prone to being hypocritical or tricky. So, let's just see what happens...

As it should. It's pretty obvious that Iron Man (Marvel Comics) and Goku from Dragon Ball both originated organically in Comics/Manga before they ventured into other media so this makes sense.

Smash gave a lot of representation of many video game franchises from various companies (both Nintendo and third-party alike) and i'm glad it does so. ^_^

Except Popeye existed long before video games and orignated organically as a comic strip character. And Popeye isn't a Nintendo character for that matter, either.

Don't worry, I wasn't serious about it. I was just referring to the comic strip and cartoon's large influence on Shigeru Miyamoto's early years at Nintenfdo.

Well why not add them? Most of them have more games than the average game character and are far more iconic... if you're gonna dilute Smash with every third-party character with major gaming history--but no major Nintendo history--to "unite gaming", then why stop there? Why not unify the whole entertainment industry?

Master Chief will be the mic drop!

this make sense, the Super Smash Bros series is a celebration of games not of other medias like mangas or movies.