Fire Emblem: Three Houses most likely the best-selling game in franchise history in the U.S. when digital sales are factored in 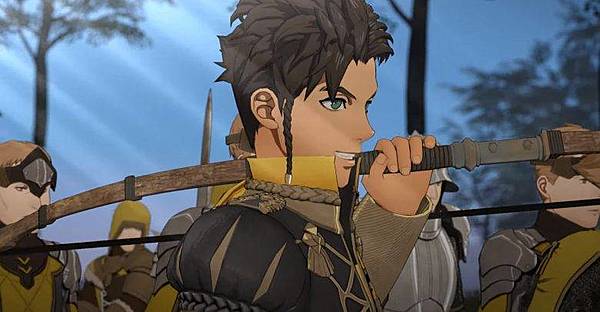 NPD's Mat Piscatella has taken to Twitter to talk about the sales of Fire Emblem: Three Houses. According to Piscatella, the game is doing extremely well for itself. Fire Emblem: Awakening still holds the record for best-selling entry in the U.S., but Three Houses should be overtaking it very soon. Check out Mr. Piscatella's full comments on the matter below.

Wanted to follow up on Fire Emblem: Three Houses. It ranked as the #4 best-selling game of August in the U.S. sales rankings from The NPD Group, after finishing July at #2. So a very nice ranking hold from month 1 to month 2.

On a lifetime basis, Fire Emblem: Awakening remains the best-selling game in franchise history in the U.S.. However, I do anticipate Fire Emblem: Three Houses to overcome this gap and take the lead in lifetime sales for the franchise in September.

And, of course, since Nintendo is not currently a member of the Digital Leader Panel, I'm only talking about Physical sales here. Accounting for digital I am certain Fire Emblem: Three Houses is the best-selling game in franchise history, likely by a significant margin. Shrug.

So far, it's my game of the year, and I don't imagine that changing. The music, characters, gameplay, it all fits together incredibly well.
Written during the podcast

Well deserved IMO. Its my favorite FE game by far. If LM3 wasnt releasing in a month or so. I'd say Three Houses would be my GOTY no doubt. But LM3 definitely has a chance of overthrowing it.

I'm about 40 hours into the game so far, and it is fantastic. It does have its problem though—mostly from a presentation standpoint (the generic backgrounds used during dialog scenes are legit awful looking). But man, overall it's just such a great game.

Not my game of the year so far though. That currently goes to Devil May Cry 5. Best game in its genre. Overtaking Bayonetta 2 in my opinion.

I was wrong when I was skeptical about this one.

The game is great and it may end up being my favorite Switch game period.

The dialogue is great so far, characters have depth in them and it's a mix of fire emblem games from earlier.

Only problem right now is that some of the maps are bland.

Zelda: Symphony of the Goddesses conductor Eímear Noone becomes first woman to conduct the Oscars orchestra
Jan 24, 17:07 by enthropy
Developer survey shows 19% of respondents bringing their next game to Switch, 37% show interest in Switch support
Jan 24, 16:27 by ngamer01 Jan 24, 15:54 by linkedtriforce
Captain Tsubasa: Rise of New Champions was originally going to be localized for just Latin America
Jan 24, 16:17 by light wolf Jan 24, 16:04 by acmiguens Jan 24, 15:59 by jumpmanfr