Untitled Goose Game devs comment on the game's lack of name, and a Super Mario 64 inspiration 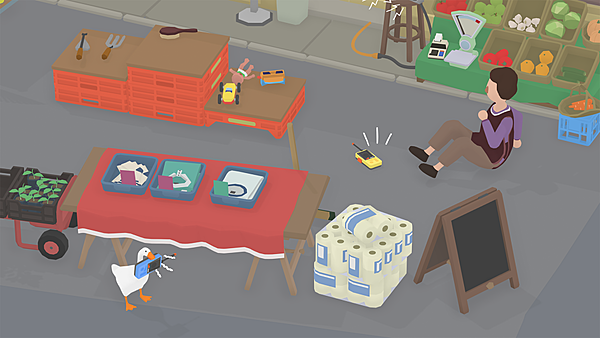 In an interview with QuaterCircles, House House covers a number of topics on the game. When asked about its lack of name, the devs say that they never found anything they liked better, which is why they stayed with the official unofficial name. As for gameplay inspiration, House House says they pulled from Super Mario 64 for the game's focus on 3D movement, and stealth games like Hitman for their AI systems.