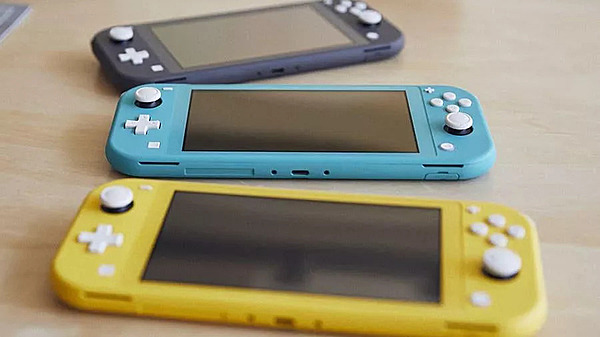 The Switch Lite is now available, and it brings the price down to $200, which certainly makes for an attractive deal. Sure, you lose some of the functionality of the original Switch, but it's hard to beat that price. Turns out Nintendo had to work really hard to make that $200 price point happen. The Wall Street Journal has put together a feature on all the hoops Nintendo jumped through to hit that price, which you can find detailed below.

For those that don't know yet, the Switch Lite has drifting. It uses the same components as the recently rereleased Switch "Version 2" with the red SKU unit box and boosted battery life. The sticks on those have already been shown to be drift prone also. So you do the math here.

All I'm going to say to any current Switch Lite owners is: I hope you like playing 2D games solely via D-Pad for the rest of this console's lifespan. Unless you want to experience the joy of sending in your entire console over to a third party repair center that will simply replace the graphite panels and increase your drift-less timer by an additional 6+ months.

If that's the case, it likely means component prices for the regular switch haven't dropped much either, so I'm not expecting a price drop for the base model any time soon.

Yeah...bummer that there won't be a price drop for the original one.

Then again, its hard to do a price drop if Nintendo offers you a console, joy cons, HDMI, Dock and Ac adapter.

Wonder what the Switch "Pro" will cost and how long we have to wait for it.

Given the target market is the same as the Switch at launch $300 is a safe bet.

I'm thinking the Switch Pro will just be a dock with added power. Like how the Lite is portable only, the Pro will be docked only, leaving the base model as an 'inbetween' hybrid of both.

So I have to pay a pretty decent chunk of money for hardware that by nature of compatibility (its not a new platform) is going to be a fraction of the power of the upcoming systems, and more importantly doesn't let me play the games on the go, which is the reason people want multiplats on a Swtich Pro in the first place?

Nintendo isn't making a docked only Switch. Just because Lite is portable only doesn't mean Nintendo is just going to do everything. The lite is portable only for a reason, a docked only Switch would have no reason to exist. (Assuming its still using a Tegra, which it would have to, even if they wanted to make a super energy hungry model, they would still run into the walls that exist by nature of being an ARM chip, I don't think any mobile GPUS are pushing closed to 2 GFLOPS even yet, maybe with 7nm it might be possible, but even then I doubt it and also NVidia hasn't started 7nm manufacturing yet, so them releasing a 7nm Switch next year would seem unlikely)

I can totally see a TV only Switch happening, though not one that has any power advantages over the current models. Think more PlayStation TV. A Switch TV or whatever with a pro controller for say £120 would be a great option for people who just want to play on the TV/have a more affordable way of getting into the Switch.

I could see a traditional Switch Pro with beefier specs happen (they did it with with 3DS and the DS) but wouldn’t expect anything too much from it. Better frame rates/resolutions for games that take advantage of it but nothing too major...I can’t see Nintendo wanting to start segregating the install base. Especially with the Switch Lite they’re going to want games to continue to run great in handheld on base specs and scale up from there rather than targeting better hardware.

So the two points I'd make to that are the following.

Playstation TV bombed. People buying a dedicated TV console want a bit more than a $120 underpowered system, the micro-console fad failed and I don't think Nintendo can make enough arguments that theirs would do different.

New 3DS ABSOLUTELY segregated their install base for absolutely no discernible reason. As New 3DS was still so far from the current gen specs and did nothing to upgrade its GPU, it was still getting handheld software yet it was also getting exclusives, meaning it mostly got indie and last gen ports. However Nintendo was still fulling willing to allow this software to be exclusive even though it had little appeal to sell a system (no one was buying a new 3DS for Fire Emblem Warriors). Why then, with hardware far closer to its home console counter parts (Xbox One), would Nintendo not let software be exclusive to the upgraded platform? Multiplat titles that is. In the same way the Switch lite released to appeal to a different market the Switch wasn't doing as well to reach, a Switch Pro would need to appeal to a new segment. That is people who want to play multi plat software on the go. The amount of people who would buy a new system for increased resolution and frame rates, on a Nintendo platform, is incredibly tiny, the hardest of hardcore Nintendo fans, not worth making a new system for at all. However a system that allows for the upcoming cross-gen multiplat games to be played on the go (think the upcoming Tales of game, Watch Dog Legion, or next years Assassins Creed) would have genuine appeal. And honestly, at this rate, those titles weren't going to release on Switch if there wasn't a hardware update. So its not as if Nintendo is somehow removing software from their core Switch install base. And the solution to the issue of people going right to the more powerful hardware without even addressing base Switch would be pretty simple (if the fact that Switch Lite install base will inherently be far more appealing than the smaller Pro install base misses some devs), require developers to attempt to gauge the feasibility of a base Switch port. If the developer proves they put a genuine effort into investigating a Switch port, and found it impossible, or not up to their expectations, allow a Switch Pro only port. As well with the fact that Nintendo has almost exclusive control of the gaming focused aspect of Nvidia's Tegra division, why would they not use that tech. After 3 years Nvidias going to have a bit more than a tiny resolution and framerate boost (maybe not an Xbox One X level of leap, but something at least comparable to the jump PS4 Pro made, 2-3 times power leap in GPU and CPU)

Nintendo have the software to sell a TV-only Switch. That’s the difference between PlayStation TV and what Nintendo could put out. Vita wasn’t doing well at all anyway and having a TV model that wasn’t even compatible with all games was never going to do any better. £120-£130 to get a means of playing Zelda, Odyssey, Smash, and all the other Switch greats though? That’d be an amazing value. I honestly think they’d be mad not to do it.

As for a redesign or “pro” model, it’s just inevitable that they’ll redesign the current Switch model to rejuvenate sales. They always do it. Again though, wouldn’t expect a huge leap. Maybe it’ll be beefier to support a 1080p screen. Maybe it’ll have some new feature and they’ll release 2 or 3 games that support it exclusively. My point is they’ve done it already multiple times, and I don’t think any of those times have been detrimental to the standard models being relevant. Publishers aren’t going to make use of any extra juice it has to make games for a small subset of the user base, and if they do it’ll be a very small amount.

Wouldn't that make things really confusing for some?

Yes, but its always been a bit confusing. Theres the standard 3DS, a 'new' 3DS which is a tad more powerful. A 3DS XL which is a bigger version of the orginal but wont play the games the 'new' model does, but then theres a 'new' 3DS XL. Then the 2DS series just makes things more confusing.

I think Nintendo should do a few things to keep the Switch family from being confusing, for example maybe slightly altering the current Switch Lite logo to have it show that this is a portable only system.

With the 2DS they at least changed the name

problaby a Switch Pro will cost more them a normal Switch and a Switch Lite combined or more them a original Switch problably aroud the US$300 to US$350 i guess.

For those that don't know yet, the Switch Lite has drifting. It uses the same components as the recently rereleased Switch "Version 2" with the red SKU unit box and boosted battery life. The sticks on those have already been shown to be drift prone also. So you do the math here.

All I'm going to say to any current Switch Lite owners is: I hope you like playing 2D games solely via D-Pad for the rest of this console's lifespan. Unless you want to experience the joy of sending in your entire console over to a third party repair center that will simply replace the graphite panels and increase your drift-less timer by an additional 6+ months.

The Witcher series hits 50 million sold worldwide
May 28, 16:22 by seansneachta
Cate Blanchett officially confirmed for the upcoming Borderlands movie
May 28, 16:19 by seansneachta
Amazon France adds placeholder listings for Switch games from Warner Bros., Bethesda, Square-Enix, Ubisoft, Capcom, and Take-Two
May 28, 16:14 by kendricklamario May 28, 16:11 by kcst May 28, 16:00 by bakfug May 28, 15:56 by kcst