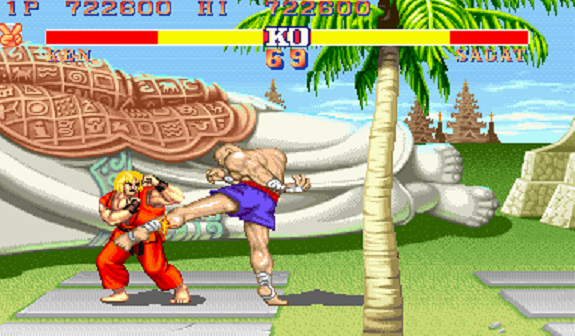 Akira Nishitani is one of the developers who worked on the original Street Fighter 2, which is still used as a blueprint for the series today. It birthed many of the mainstay mechanics, including that of blocking. Believe it or not, Nishitani says the idea of blocking caused quite the controversy back in the day, even if nowadays it seems like an essential inclusion.

"So what I was told by others was, 'So... if you block, you never die.' You know the shooting game R-Type. It has something called 'Force,' which basically makes it invincible to attacks. So people told me, 'Oh, it's like that? So, you basically never die?' And I did think it was dangerous too.

Those who win are those who are good at blocking. Ever since the mechanic was incorporated in 1992... It's profound. Because if you only block, you're just weak. But here and there, with block, you can deal with things without losing health. My impression of fighting games is that if you're good at blocking, you're strong."

Would be more vicious without blocking of course. Just attacks upon attacks. Today it's obvious you have to use all you got. Blocking, attacking etc...But also, with so much online and e-sports etc, it seems like mind games are the big deal.

"Chip damage" is the word for which you are looking.

Yeah, I'm pretty sure Nishitani was smart enough (as well as other people who worked on the game) to realize that infinite blocking, without any chip damage, would cause people to time out every round the moment their HP was higher than that of the opponent. They implemented ways to make sure someone who does nothing but block would lose.