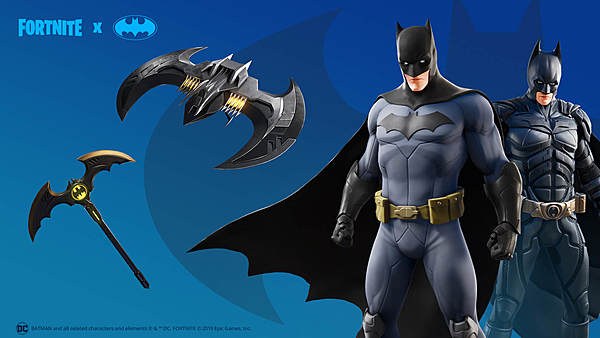 The world of Batman has collided with Fortnite as of today, bringing the Caped Crusader and more to Epic's mega-hit. Jim Lee, DC Chief Creative Officer and Publisher, shared some words on this surprising collab, which came about in honor of Batman Day.

”It’s the 80th anniversary of the Dark Knight, and we wanted to do something extra special for fans all around the world for Batman Day. I can’t imagine anything bigger than letting the legions of Fortnite players take on the cowl and enter the world of Gotham City via Tilted Towers! Epic Games has really outdone themselves in bringing the world of Batman to Battle Royale!”