"Really delivers in its engaging gameplay and thrilling combat."
03 October, 2019 by nintendojam | Comments: 0 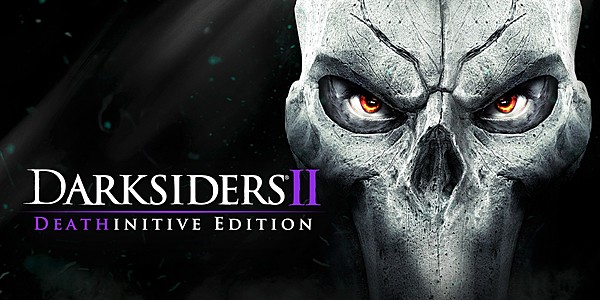 NintendoJam is the newest member of GoNintendo's team. You may have noticed that he's been taking on some news duties Wednesday mornings, and doing a bang-up job at that. As for today, NintendoJam has put together a review of Darksiders II: Deathinitive Edition. Check out his full thoughts on the game below. - RMC

Darksiders 2 is a fun and exhilarating experience in the action-adventure genre that isn't quite to die for, but is certainly worth your time.

Darksiders 2: Deathinitive Edition on Nintendo Switch was my introduction to the Darksiders franchise. While I own the first game in the series' trilogy (Darksiders Warmastered) for Switch, it was mainly for collection purposes and I never got around to actually play it. Luckily, this review opportunity arose, allowing me to give the ‘dark’ world of Darksiders the attention it truly deserved.

Darksiders 2 originally released in 2012 for current generation consoles at the time including Wii U. Three years later, in 2015, a definitive edition of the game was released for the Xbox One and PlayStation 4. This version of the game included upgraded graphics, all of the paid DLC from the original base release, and a few other minor improvements. With the recent port of the 'Deathinitive Edition' on Nintendo Switch, Darksiders 2 has been released three different times, and can basically be played on your console of choice. However, purchasing the Switch version provides the unique advantage of being able to take this expansive adventure with you on the go with little to no compromises. 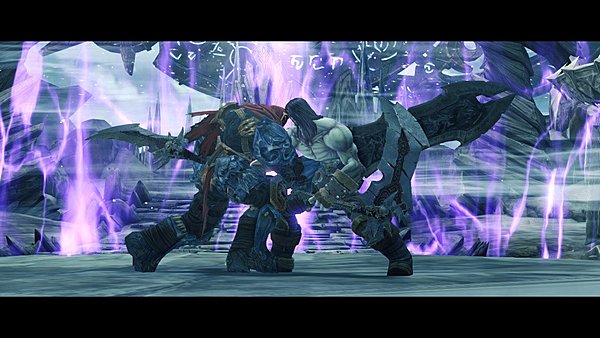 The game feels like a combination of the RPG-Adventure exploration aspect of The Legend of Zelda, and the hack and slash combat of Bayonetta. While the main story remains somewhat linear, side quests, collectibles, and hidden chests are scattered around the vast open world. Long travel distances are made less dreadful with your trusty horse, Despair, and teleportation can be used on key points of your easily accessed map. Some areas of the world feel pretty empty, but you quickly move past it to get on to the next quest. 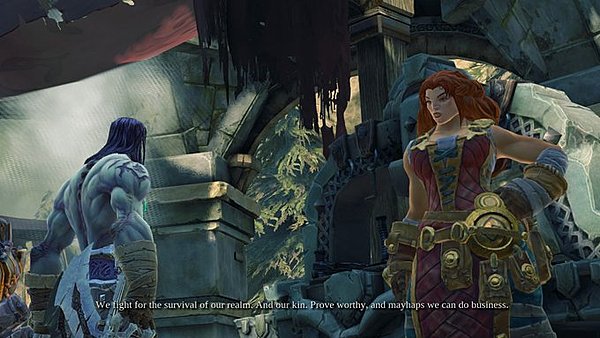 While the story’s dialogue is clearly well-written, with a high quality voice acting performance as well, my attention wasn’t able to be fully held with the plot elements. My personal enjoyment of Darksiders 2 was despite the story, not because of it, and mainly came from the quality gameplay aspects. This less so reflects on the story itself, and more so on my own genre preferences. To know if the story is right for you, here is a quick summary on the adventure you'll be partaking in:

"Awakened by the End of Days, Death, the most feared of the legendary Four Horsemen embarks on a quest to redeem his brother's name. Along the way, the Horseman discovers that an ancient grudge may threaten all of Creation. Death lives!"

Participating in the main story quests truly consists of a lot of different gameplay elements. One minute you're parkouring from walls, the next you're fighting hideous monsters, and as the third minute goes by, you see yourself rolling giant stone balls around to unlock gates. Just when your activities begin getting stale, a new mechanic is introduced to you. This kept me highly engaged, and made it difficult to put the game down, which is great considering the potentially dozens of hours it takes to complete the main quest. 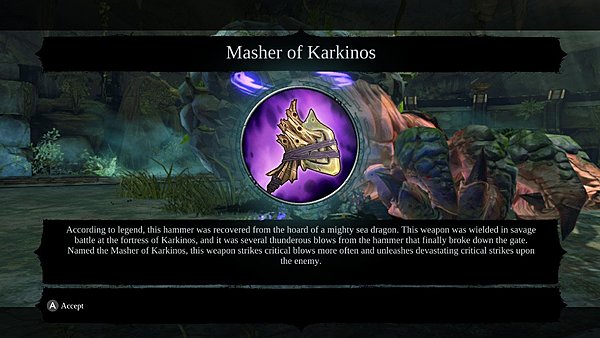 Enemies are fought using weapons, secondary weapons, armor, upgradable skills, health potions, and more. These items can be found in hidden chests, dropped from enemies, or purchased from NPCs using collected points. Despite all the different moves and abilities, the controls were easy to get the hang of. The progression of power and skills feels quite natural as well. While bosses do get increasingly difficult, using your newly found armor, weapons, and skills keep the game from ever getting extremely frustrating. However, this doesn't mean there isn't a challenge involved. Bosses can be tough, but nothing ever feels unfair (I played through the game on 'normal' difficulty, but more challenging options are available for more experienced players). The biggest punishment when fighting a boss is the unskippable introduction cutscene. When dying, the battle restarts and so does the intro, instead of allowing you to dive straight back into the fight. Not a huge deal, but still a slight negative point that’s worth noting.

Most of the immediate issues I had with Darksiders 2 were very quickly relieved. If I couldn't figure out where to go next, I used my crow companion, Dust, to give me hints and guide the way. When wishing to lock onto enemies while engaging in a battle, I was easily able to with the press of a trigger, and a nice cinematic black bar effect was given too. However, this doesn't mean the game goes without its own set of problems.

For starters, the locked camera position can be slightly annoying at times. Even when making an adjustment, the camera always ends up centering itself quickly after. However, this never caused any big issue apart from minor inconvenience. There are a few other minor inconveniences in Darksiders 2 including, rare softlock glitches when attempting to explore out of bounds, occasional lengthy loading times, unexpected and sudden game crashes (only happened once during my playthrough), brief framerate drops, and lack of motion aiming for specific firing sequences.

Combat and exploration-focused puzzle solving is where Darksiders 2 really shines its brightest. Fighting against encounters and bosses is pure satisfying, fast-paced, fun. Learning the enemies' weaknesses, and finally being able to defeat them, brings anticipation of what's to come and makes the game difficult to put down. Discovering where to head next is all a part of the excitement, and traveling to your objective is sometimes just as entertaining as the objective itself.

In conclusion, Darksiders 2 really delivers in its engaging gameplay and thrilling combat. While the game has it's set of problems, I highly enjoyed the title overall and would recommend giving it a shot on Nintendo Switch if you have yet to experience it elsewhere. Those who've played the game on a different platform have little reason to double dip on the release, with the Switch port’s only unique feature being portability. 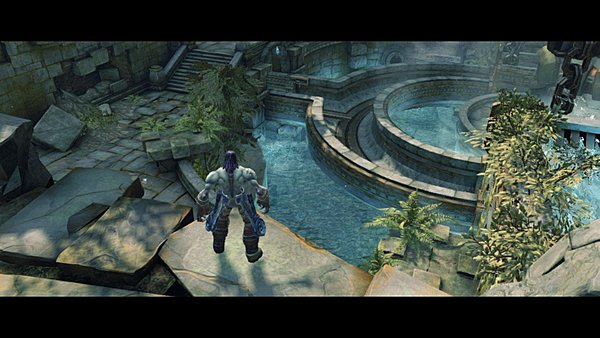 Darksiders II Deathinitive Edition from THQ Nordic is available now for Nintendo Switch, in-stores and on the Nintendo eShop for $29.99 USD!