Not so impossible anymore!
13 October, 2019 by rawmeatcowboy | Comments: 4 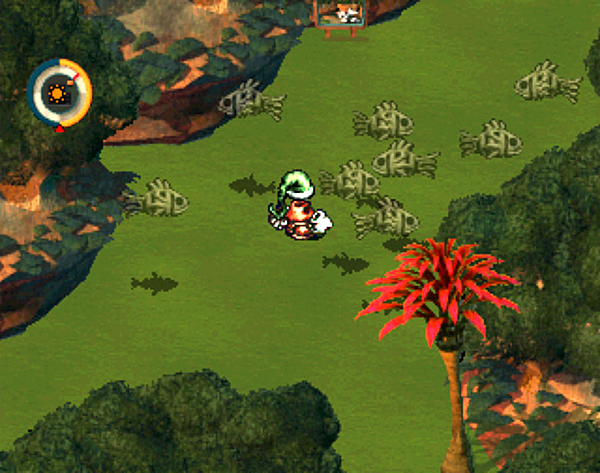 Back in September, Yoshiro Kimura, the writer of moon, was asked about the potential for as sequel to the game. In no uncertain terms, Kimura shot down the idea. You can read his full statement below.

“Regarding a sequel to Moon, my thing is I want to make RPGs but I don’t want to make sequels. Moon’s story is finished, I, nor anyone, should write a story after it’s end. I don’t want to think about money; of course if I announced ‘Moon 2‘ people will buy it, but I hate this philosophy: fuck off. Some people can make sequels, such as Metal Gear; I love Metal Gear. But I’m not that guy, I’m more niche; a smaller unknown game designer. I can’t make a sequel because my game doesn’t sell as much. Of course if we sold well, I don’t know what would have happened… no no no, never I am not this kind of guy. If I make money from a game, I would want to make another game, another story. Million Onion Hotel, Black Bird, Dandy Dungeon; they are all different games, this is me. I don’t want to make the same thing over and over.”

Now here we are in October, roughly a month since that interview was shared, but definitely even longer since the interview was conducted. In a new interview with 4Gamer, it seems that Kimura has really warmed up to the idea of a sequel! Check out the full interview exchange below.

4Gamer: So what will you do if the port of moon gets great reviews?

Yoshiro Kimura: “Well, then I’d probably get into the mood to make a sequel! (laughs)”

4Gamer: Even though up until just now, you were saying it wasn’t possible. (laughs)

Kimura: “Still, I mean, if it sells like hotcakes, it’s not weird for the topic to come up. When I say that “I can’t make a sequel to moon” usually, I’m talking about a narrative sequel to moon. If it isn’t something directly related, I’m pretty sure I’d have some ideas.”

4Gamer: That would be nice.

Kimura: “But on this topic, I’ve always thought this, but moon 2 already exists. For me, it’s Chulip. For Taro-chan [Taro Kudo, game designer, and current Vanpool director], it’s Endonesia, while for Nishi-san I wonder if Giftpia is your moon 2. In terms of how time flows in the game, and how the characters inhabit the game world, all the members of Love-de-Lic have already made moon 2. That’s why, if moon becomes a hit this time, and everyone gets together to work on something again, that might be moon 3.”

Kenichi Nishi, moon director: “Actually, Suzuki-san and Matsuo-san have also said, “Try to get the members of Love-de-Lic together once again.” “Because it would be fun to get together once again at this age.” However, if you aren’t careful, it will turn into a reunion where people reminiscence about how things were better back then. I want to avoid that.”

Ugh...forget about a sequel. Seriously, I've never heard of this game nor have I seen people wanting a demand of it.

If you've never heard of the game why are you commenting on whether there should be a sequel?

The wording of him is what bothers me. I mean he clearly wants money so he says if it does well, he'll make a sequel.

These avant-garde Japanese devs are weirdos.

Thanks for abandoning Chibi-Robo, by the way, Nishi.