"At the end of the day, we finally have Overwatch running on a handheld system."
02 November, 2019 by nintendojam | Comments: 2 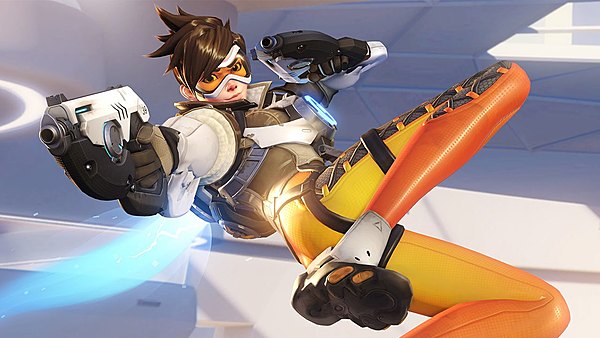 NintendoJam is the newest member of GoNintendo's team. You may have noticed that he's been taking on some news duties Wednesday mornings, and doing a bang-up job at that. As for today, NintendoJam has put together a review of Overwatch: Legendary Edition. Check out his full thoughts on the game below. - RMC

Let's start this review off with a brief disclaimer: Blizzard Entertainment, the development studio behind Overwatch, has recently been part of some political controversy. While you should definitely take the situation into consideration before making your own purchase, reviewing this game will be purely based on its contents. Quality of media is not altered based on backlash, and this article will not be affected by opinionated bias. With that out of the way, let's get on with the review. - NintendoJam

After its release in 2016, Overwatch quickly became a cultural phenomenon. Competitive gameplay, recognizable characters, and a compelling story, helped to give the unique first-person shooter an accelerated popularity boost. Owners of the PlayStation 4, Xbox One, and PC have enjoyed the title for a few years now, while Nintendo fans were left in the dust. Overwatch was a very highly requested port for the Switch, and some considered the game to be an "impossible port" based on the console's inferior hardware. It was a huge reveal when the FPS was a highlighted announcement in Nintendo's September Direct presentation. 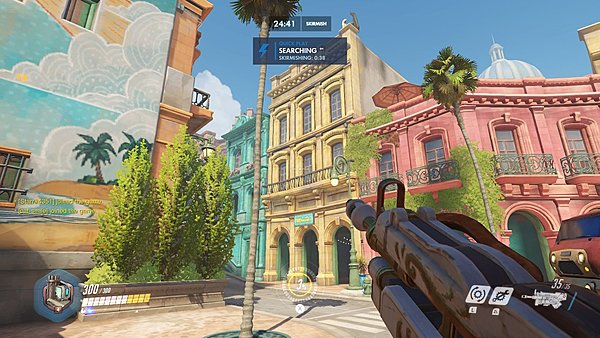 While Overwatch on Switch only has half the frame-rate (30 FPS) of other consoles, it isn't too much of an issue. For those experiencing Overwatch for the very first time through Nintendo Switch, the frame-rate is perfectly acceptable. While there are certainly noticeable occasional dips in frame-rate, the drops in frames never seem to fully get in the way of gameplay. Those who are transferring from a different platform, or are into the competitive aspects of the game, may have a harder time adjusting, however. Comparing Switch visuals to Overwatch's other console counterparts will display a clear graphical and technical difference. The Switch version stands somewhat well on its own, and the game's art style alone keeps it looking beautiful, especially in handheld mode.

Replayability is one of Overwatch's biggest selling points. The competitive nature of the game makes it very difficult to put down, and the hours seem to go by without even realizing. Every game mode is fun and unique, and there is never a dull moment while playing. Teaming up with online players to defeat NPC enemies in the seasonal mode is just as exhilarating of an experience as competitive VS. matches. The variety of gameplay experiences and the diversity in character combat provides a strong level of replayability. 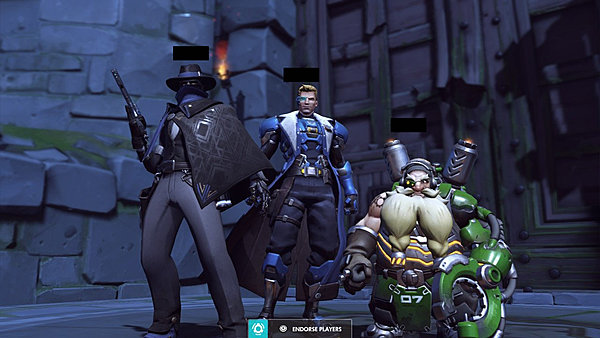 All of the characters in Overwatch have an instantly recognizable design, and are almost completely unique in terms of gameplay. Different powers, abilities, and weapon types included with each character provides for a large selection of options, despite only being listed under four main categories. All of the heroes are split up between four classes; Offense, Defense, Support, and Tank. While your own playstyle and skills should be taken into account when selecting a hero, you sometimes need to select a class that would provide the most for your team, depending on the round.

Since Overwatch is almost 100% multiplayer based, it was difficult knowing what to expect in terms of connection issues. Luckily, Overwatch might be the sturdiest example of online gameplay on the Switch yet. While matchmaking times can certainly be very lengthy, disconnecting in the middle of a match never happened once. There was practically no noticeable lag or unexpected internet caused distractions. It was a nice change of pace compared to some other Switch online titles. Having a strong internet bandwidth will likely provide a smooth and problem-free experience. Built-in voice chat is also a nice internet based inclusion, as the number of games with that feature on Switch is quite limited. It can easily be turned off if not wanted, but it’s certainly a nice inclusion. Playing with friends is super easy with the friend matchmaking feature, and so is making new friends with the ability to view and add strangers you’ve recently played with. 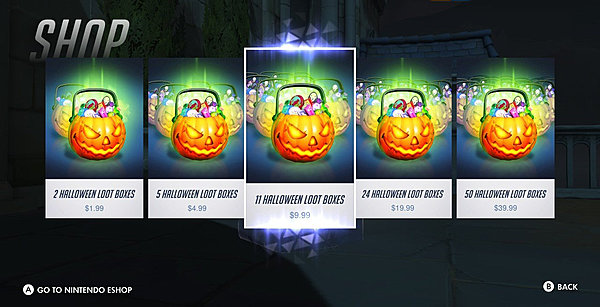 Loot boxes are one of the biggest controversies in gaming, and the feature is front and center in Overwatch. While I've personally never been a fan of the practice, the implementation in this game doesn't totally bother me. While the overly-priced option is available to purchase loot boxes with real money, earning them through natural game progression adds a level of replayability. All of the items that loot boxes contain are purely cosmetic, and don't interfere with gameplay balancing. This makes it easy to just ignore the expensive DLC, and focus on playing the game to earn bonuses naturally. Loot boxes contain items such as; player icons, victory poses, emotes, skins, sprays, highlight intros, and voice lines. Some items are much rarer than others, and the odds are likely against you in getting your most wanted item. Coins can also be earned through loot boxes to purchase that item you just can't be lucky enough to randomly receive. There is a lot to unlock, and collecting them all can provide many extra hours of game time.

The world of Overwatch has a bit of lore, and each character is fleshed out with a backstory and motive. While the game itself doesn’t contain much of a story, official cinematic videos and webcomics can easily be found online to provide you with some more context during your gameplay. Some kind of campaign mode would have been a nice addition to the game, and hopefully Overwatch 2 expands upon telling a story through gameplay. At its core, Overwatch is a multiplayer shooter. It doesn’t need a campaign, but it would certainly be a welcome inclusion for some single-player action when on-the-go without an internet connection. 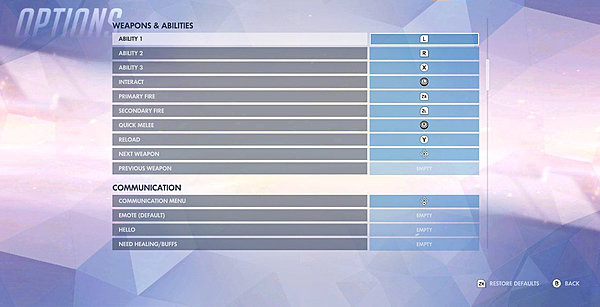 Settings in Overwatch are fully customizable, and there is a more diverse set of options than most Nintendo Switch titles. When playing in docked mode, turning motion controls off was an absolute must for me. While the control option was nice in handheld mode, it didn’t function smoothly while playing with a pro controller. The game can be set for whatever playstyle is right for you. Controls are fully mappable, sensitivities are fully adjustable, and all the options you could want are fully toggleable.

Finally, while concluding this review, there is one final strong negative point to make. Alongside the highly inferior framerate and graphics, there’s something else that makes double dipping on Overwatch with the Switch version an almost pointless venture. Due to lack of crossplay, progress made in Overwatch on other consoles can not be transferred over to the Switch version. You’ll be starting completely over on unlocking skins and items. For those who have put 100s of hours into the game, it may not be worth starting over just for the Switch’s portability advantage. If you’re new to Overwatch, and don’t plan on playing competitively, the Nintendo Switch version is a perfectly acceptable gameplay option. At the end of the day, we finally have Overwatch running on a handheld system. Although I’ve never been a huge fan of first-person shooters personally, Overwatch helped to fully ignite my love for the genre.

Thank you, NintendoJam! That was a highly professional review and a great read. While I won't be purchasing the game due to Blizzard's recent actions and the inclusion of lootboxes in a paid game, it does seem to be a fun time.

Thanks for the review, NintendoJam. I've never played Overwatch, but I do plan to pick this up. I am a bit puzzled that the Overwatch-clone Paladins runs at 60 fps on Switch without any issues; I'm not sure what makes Overwatch so much more resource-intensive than Paladins (a nearly identical game) that it can't break 30. At any rate, it's wonderful to see major franchises like this coming to a Nintendo platform!