Game Freak explains why Exp. Share is baked into Pokemon Sword and Shield with no option to turn on/off 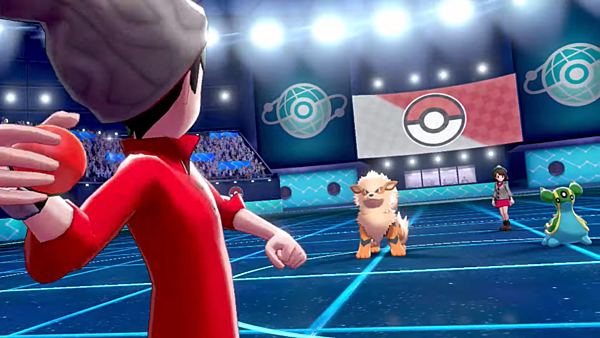 Pokemon Sword and Shield has done away with Exp. Share, and have instead gone with the decision to have all Pokemon leveled equally when battling. Some have been upset with this decision, as they liked the option to turn Exp. Share on and off. In an interview with InsideGamer, director Shigeru Ohmori said that when Exp. Share was a thing, most players had it turned on. What about those who had it off?

“Those who have it turned off want to train one specific Pokemon. We thought: is there a way to achieve that? There is, simply by putting the rest of your Pokémon in the PC.”

I hate this so much. EXP Share is not fun to use. It only mitigates further risk by rewarding Pokémon who don’t even have to battle. It feels like just another move to baby down Pokémon

."The only winning move is not to play."

So this will prevent low level runs, but would make Nuzlocke runs more common.

I mean, yeah, makes sense. And since you can access your PC boxes basically anywhere it's not like it's a pain in the butt to have to do that lol

I think the main thing people wanted was a way to make the leveling more like old games where you have to switch out pokemon to ensure they gain exp, which leaving pokemon in the PC box doesn't let you do.

I mean it doesn’t bother me but having the option would be the best scenario. Like with the auto save feature you can turn it off. They take steps forward but at the same time take steps backwards.

I hate this so much. EXP Share is not fun to use. It only mitigates further risk by rewarding Pokémon who don’t even have to battle. It feels like just another move to baby down Pokémon

I've found that ever since they started forcing this feature I feel less connected to my Pokémon. I just end up using my starter for 90% of the time. So I turned it off when I could. Exp Share should really be a reward towards the end of the game to help you raise random weak Pokémon quickly. It's a shame they are locking the option to always on.

The problem with EXP Share is that it over levels your Pokemon, resulting in a game that feels too easy, and therefore unrewarding.

So now that it is "permanent" (or "removed", depending on how you look at it.) I'm not sure whether the game has been re-balanced with EXP Share in mind. I'm guessing it isn't...

So I'm unhappy mainly because I DO want to play with 6 Pokemon, but not at the expense of my enjoyment of the game. I want to feel like I have to play with six to have a fighting chance (like Pokemon used to be).

Preview footage already shows that the EXP share will do barely anything to high level mons and mons not in battle. It's really meant to scale akin to a normal RPG by this point which I think is pretty fine tbh. Challenge runs are still doable too

I don't know if it will still over-level pokemon, but it has been changed compared to past games. There's footage of gaining EXP ranging from high level pokemon to low level ones (in one party). The high level ones barely gained experience while the lower ones gained a lot. (image at the bottom)

So over-levelling, at least compared to the rest of your party, doesn't seem like it'll be a problem. Whether you'll still be over-leveled compared to your story progression, who knows. It might make it easier for them to manage difficulty. Before you might train up a lower level pokemon you got part way through and ended up over-levelling another. But with how this is adjusted, it doesn't look like that'll really happen (at least not to the extent it normally does). So they might have a better idea of your team's overall strength at each point in the game because it'll be consistent.

That being said, I hope trainers/gym leaders/elite four have more pokemon in their teams. I want to see more enemies with 4-6 pokemon. And not just the joke ones like "all magikarp/bug/low level pokemon" where you steamroll through them even without grinding. 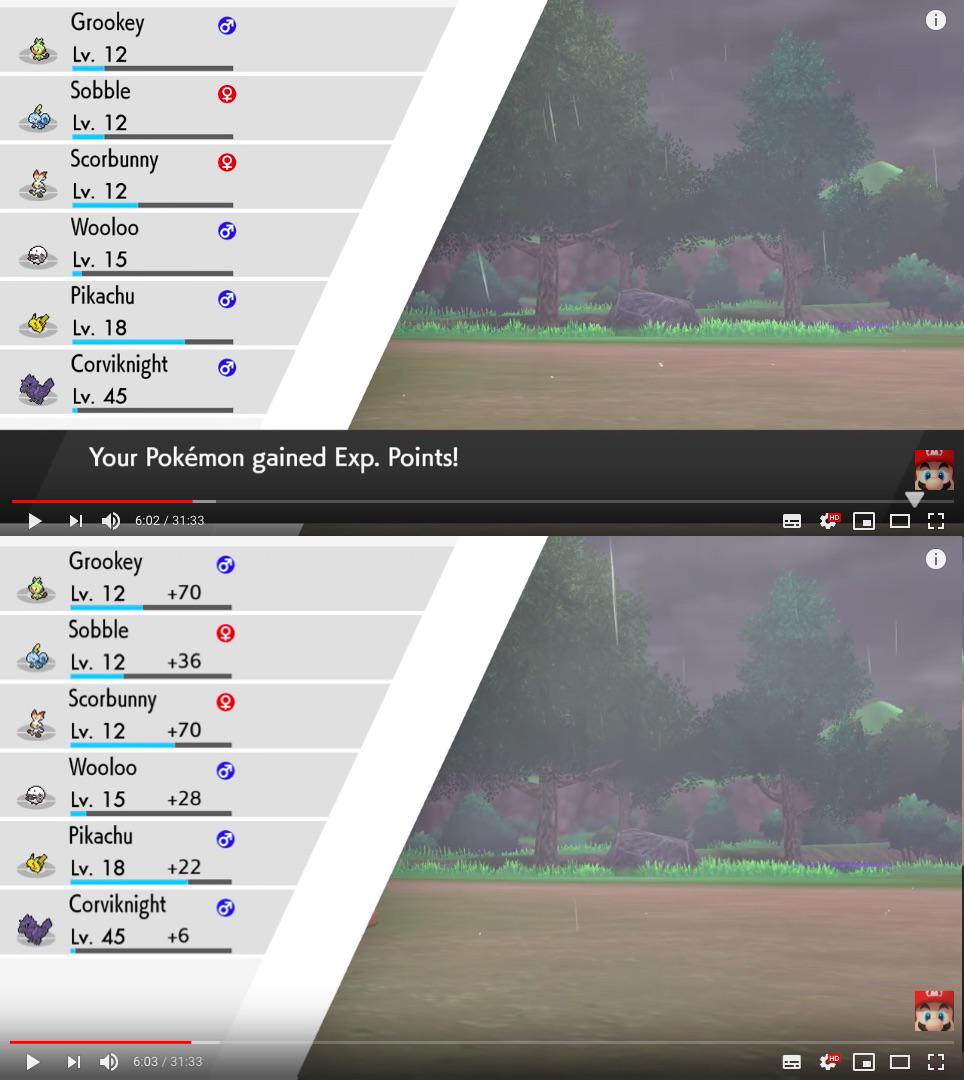 This is like if Sakurai announced items can’t be turned off in the next Smash Bros. game, then said:
“If players don’t want to use items they can simply avoid picking them up on the battlefield.”

This. And 60% of the dex missing. Post game being about 2 hours and then boredom with nothing to do. Graphics of a 3DS game with better lighting, looks like a port using same S/M engine. Models all ripped from S/M but told they're all new. Battle moves all looking extremely basic compared to old games. Everytime I hear anything about it it's worse and worse. I'm voting with my wallet. This is the first main series game I'm not getting at launch in 20 years.

yes i agree with you as fan of Pokémon since gen 1 all the news about Pokémon Sword & Shield that you mentioned and this site showed have made my hype for this game die consirably, i prefer to spent my money or get a better game such as Luigi Mansion 3 then this mediocre game Pokémon Sword & Shield apears to be.

yes, i agree with you, and i will also skip this gen. The funny part is, just because we want quality in our games, and complain about the removal of things that didnt need to be removed, we are called "toxic". At least i value my money and don't throw it away, if gamefreak wants my money in the future, they have to deserve it, wich they clearly havent ever since we started hearing about what was cut and what was added in the game.

Pokemon Sword and Shield is going to be total garbage. It's going to sell alot, so Gamefreak can go ahead and keep making the same game over and over.