Skies of Arcadia dev thanks fans for support on a sequel, will forward requests to SEGA

Let's hope something comes of this
23 January, 2020 by rawmeatcowboy | Comments: 3 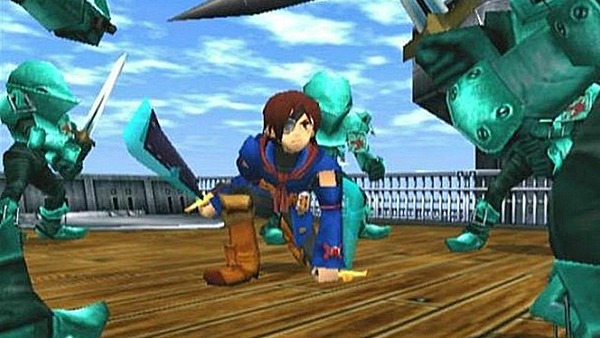 Kenji Hiruta is one of the devs who worked on Skies of Arcadia, and he's extremely eager to work on a sequel. Of course, that's only going to happen if SEGA gives the idea the green light. While SEGA is yet to comment on the matter, fans have spoken up in recent weeks by sharing a wave of support for the idea.

Mr. Hiruta has taken to Twitter to thanks fans for their groundswell of support for a sequel to Skies of Arcadia. Hiruta is now working to collect all of the requests from fans, and will pass them on to SEGA. Hopefully the higher-ups at SEGA see the interest and decide to have the project move ahead.

Just port the original to the eShop already Sega! The GameCube version is hideously expensive nowadays (massively regret ever selling for a pittance that when I was younger) and I’ve been dying to play it again. Sure I’m far from being the only one!

It really won't work. By the time a sequel gets revealed, it would be too late for it to even sell well.

And besides, the first one needs to get ported to see the demand of a sequel and it has to be ported right btw. Not some half job like Grandia.

To this day I still play skies on the GameCube and would buy it again if it was remastered on switch. Any friends I have shown the game too ended up liking it too