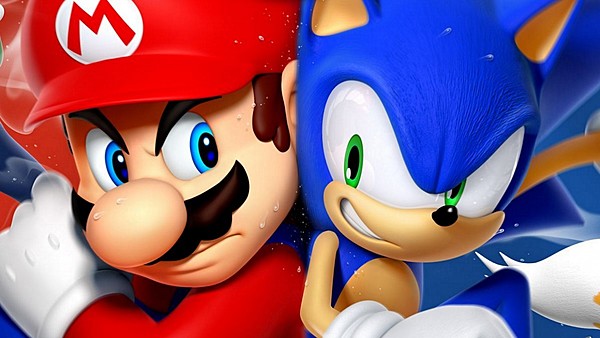 SEGA has released their Q3 2020 fiscal results, and things aren't exactly rosy on the console side of things. SEGA's major console releases during the quarter were Persona 5 Royal, Sakura Wars, and Mario & Sonic at the Tokyo 2020 Olympic Games.

While SEGA didn't share specific sales data for Mario & Sonic at the Tokyo 2020 Olympic Games, they did say that their console game sales “went below expectation,” and that console game profits decreased year-on-year due to the increased expenses associated with the launch of these new games. All in all, revenue increased 26% for the “Packaged Games” segment, but profits dropped 43% compared to the year prior.

Yeah Mario & Sonic may be one of my most disappointing Switch purchases ever.

Also not surprising sales have been terrible. I bought both M&S and Team Sonic Racing at launch and have yet to find a single full game online. I feel like Im the only one in the world who has bought these games lmao. Its also a shame in TSR's case as I feel that is actually a really fun game.

Me too. Worst of all: There's an achievement for having played a local wireless game. Guess I'll never fully complete that game.

How's that Mario & Sonic compared with the Wii games? You're disappointed because it's worse than the previous games or because you thought that this time they would be better?

I thought it would be better and more fully featured based on the trailers but at the end of the day its still very barebones and lacking any substantial dream events the best part of previous titles cause that's when the fanservice is cranked up to 11.

I'm quite interested in Super Monkey Ball, it just shouldnt have had a £35 (?) price tag and I've been waiting for it to drop in price before picking up a re-release.

Sonic Mania 2 and maybe bringing the actual Persona 5 to Switch may have helped.

SEGA...you really are an oddball.

On one hand, you have this terrible reputation of releasing mediocre Sonic games and Mania was the only exception. You have these many IPs that are far more dormant than the countless ones Nintendo has who atleast reference their older IPs through easter eggs or via Smash.

On the other hand, you released great games like Yakuza, Valkyria Chronicles and on top of that, you own freaking Atlus who are mostly known to make great games. Yet you do no marketing, no buzz, no hype for these games and you expect them to perform well as you think they should. And what's even worse is that you don't make full use of them at all. And not just them, you don't seem to make full use of the other studios that you have bought either.

One may argue and say that their market is right now on PC and Mobile but we all know that console gaming prints as much money as those two considering how much the PS4 and Switch just did. If you really don't know what to do SEGA, then forget about being a publisher and move on to just do arcades.

The companies who are struggling worse than you are still doing better than you because of releasing top notch games. Doesn't matter if you make less or more games in the end if you're not going to make any effort doing hype for them.

Hey, Sega. Your games suck now. Hang it up. The dream is dead.

Hey Sega, have you tried not sucking at your one job? It might help.