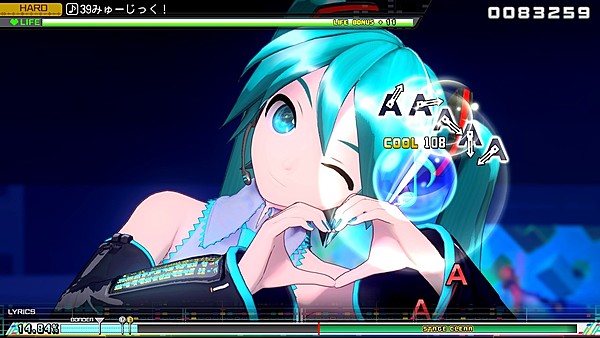 Just yesterday, we heard reports of Hatsune Miku: Project DIVA Mega Mix selling out a numerous retailers in Japan. SEGA has already apologized for the shortage, and there's no doubt they're working on getting more units out to retailers. While they do that, it seems customers are turning their focus to the Switch eShop.

While SEGA hasn't commented on sales, reports from other sources are coming in stating that Hatsune Miku: Project DIVA Mega Mix is selling quite well on the Switch eShop. It only makes sense, since the retail version becomes harder and harder to find with each passing day. Until SEGA gets physical shipments sorted out, expect to see Hatsune Miku: Project DIVA Mega Mix climbing the weekly eShop charts.

Does the Japanese game come with an English translation? Or can it be navigated fairly competently without Japanese knowledge? I'm thinking of importing one myself (along with the big arcade button controller) if they don't announce a physical release for the western version.

If this released in the JP region first, there may be a high rate of international buyers, since rhythm games tend to be easy to understand even without translated text, and fans of miku would likely be competent enough to navigate some menus.