Star Wars: Jedi Knight: Jedi Academy's Switch/PC cross-play is a bug, will be fixed in the future 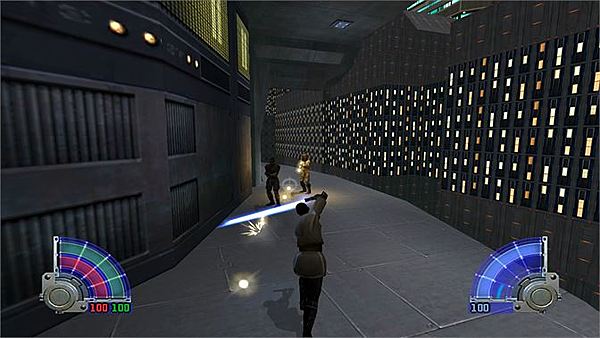 Last week, we caught wind of an interesting situation with Star Wars Jedi Knight: Jedi Academy. While Switch players don't have any say in the online servers they were joining, PC players can join in with Switch players no problem. This means those on PC who have been playing for countless years, and are also playing with keyboard/mouse controls, can go in and absolutely mop the floor with Switch newcomers. Thankfully, that's not going to be the case much longer.

USGamer reached out to developer Asypr about the cross-play, which they claim is a bug. We also learn that a fix is in the works. Check out Asypr's full comment on the matter below.

We're absolutely thrilled and appreciative of the support that our fan community has given last week's launch of Star Wars™ Jedi Knight: Jedi Academy on PS4 and Nintendo Switch. We are aware of the current bug that allows multiplayer cross play between PC and console. As with every game we work on, we are fully committed to delivering great gaming experiences for players, which includes a fair playing field for all. A remedy for this loophole is now in the works and will be available soon.