I've been meaning to write about this since the game's reveal, and today seems as good a day as any
Hopefully some of you out there have the fond memories I do, or are at least looking forward to Clubhouse Games: 51 Worldwide Classics. As always, thanks for reading. 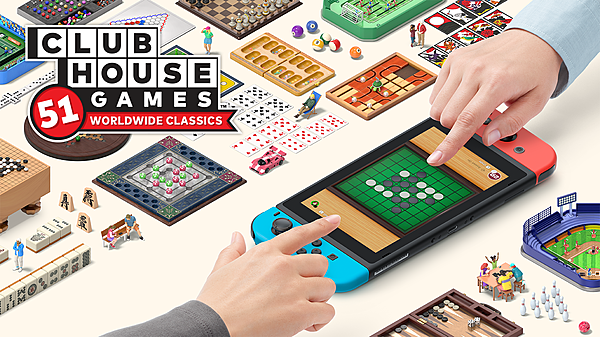 The DS had an outstanding lineup of titles throughout its lifespan. Updates to traditional titles, games that put the touchscreen to great use, and experiences that were experimental and unlike anything seen before. So many wonderful titles to look back on, but there are a select few that will forever stick out in my mind. Without a doubt, the original Clubhouse Games is one of those titles for me.

Clubhouse Games was a compilation of various card and board games, as well as a few other experiences. It was meant to be something a large amount of people could play regardless of their experience with video games. A newcomer to the DS might not have any clue of how to play Metroid Prime Hunters, but they can certainly handle Checkers. Throw in the easy-to-use touchscreen controls, and players of any age/skill level can enjoy things like Solitaire, Pool, Chess, and so on.

I loved the idea of having a collection of timeless traditional games to play virtually, and being able to easily do so with others who owned a DS was even better. I knew I would love the collection, and indeed I did. I played hours upon hours of Clubhouse Games with friends locally. We gathered around, decided what we wanted to play, and just had fun enjoying some simple games together. It was such a social experience for me, and that was only heightened by a special feature the game included. 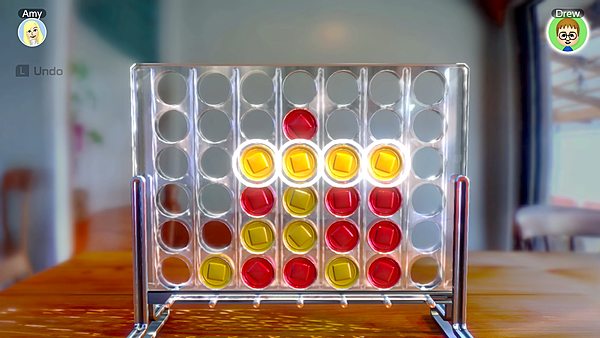 Clubhouse Games included a much-improved version of Pictochat, an app that was included on every DS unit. Pictochat let you doodle or type out messages to share with friends, which ended up being a pretty fun way to chat with your buds. Clubhouse Games took that aspect to a whole new level by implementing an expanded version of Pictochat in the game itself. You had colors to choose from, a set of stamps to use, player icons to showcase who you were chatting with, and so on. Just click a button during gameplay and you were brought right into a chat with friends.

I cannot tell you how much fun I had using Clubhouse Games' chat feature while playing. Half the game was playing whatever board game we had picked, and the other half was us doodling stupid stuff for one another. Even though we were all in speaking with one another while sitting in the same room, we were still sharing messages through the game's chat service. Inside jokes, private chats with another player, amazing drawings, and so much more. With so many of the games in Clubhouse Games having downtime between your turn and everyone else, including the chat feature made a ridiculous amount of sense.

Being such a huge fan of Clubhouse Games, I nearly jumped out of my seat when I saw Nintendo reveal Clubhouse Games: 51 Worldwide Classics for Switch. I honestly couldn't believe they were doing a follow-up. I've thought for years now that Clubhouse Games would be a perfect game to bring back for Switch. The focus on multiplayer, the touchscreen, the wide variety of Switch owners out there, and the portable nature of the platform. It has everything the DS had going for, and so much more. Apparently Nintendo feels the same way, and I couldn't be happier. 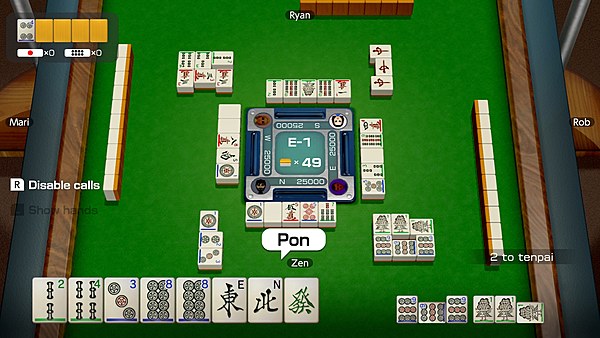 That said, I'm a bit worried about my favorite feature of the game. From all the press releases I've read and screenshots I've seen, there doesn't seem to be a single shred of evidence for a Pictochat-like service. I've really done my best to scrutinize everything that's been released, and I haven't picked up on a single tidbit pointing to the chat service's return. While I'm still unbelievably excited for Clubhouse Games: 51 Worldwide Classics, seeing the feature skipped over is a huge bummer for me.

Nintendo has pulled fast ones before. They've shown trailers for titles and kept aspects secret until the game launched. We've seen it time and time again for Nintendo's biggest franchises, but that's a bit more understandable. Nintendo wants to surprise people with features in their big-name games and keep stuff from being spoiled prior to launch. I can't imagine Nintendo would think a chat feature in Clubhouse Games: 51 Worldwide Classics would be so widely praised that they're keeping it hidden for a special reveal. I'd like to be wrong here, but I don't think that'll be the case.

Perhaps Nintendo is working on some sort of unique follow-up to chat, and that's why we haven't seen it. Maybe they'll move chat off the Switch and onto the Switch Online app. Use the Switch to play the board games, and use your phone to text and doodle friends. It wouldn't be ideal, but I could see it happening. I'd certainly take that over no chat feature at all. Perhaps they'll throw in voice chat as well through those means, making the push to use the app that much stronger. Again, I'd like to see it all contained on the Switch itself, but I'll take what I can get. 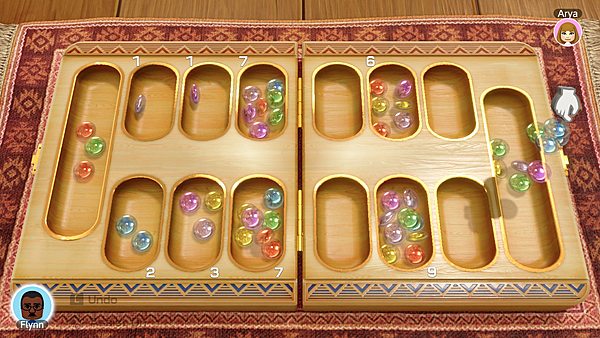 I know my interest in Clubhouse Games' chat is far beyond what most fans are looking forward to. I'm sure it was a niche feature for most, but it really did create a whole new way for my group of friends to have fun. I remember crying from laughing while using that chat feature. It really enhanced the community vibe and feelings of togetherness with the game, which is obviously crucial for any virtual board game experience looking to capture some of the magic of the source material. I really hope Nintendo remembers that for this sequel. They recognized it as something important to include in the original, and leaving it out of the follow-up would be quite a detriment to players, and the game itself.

I watched the trailer about 5 times in a row last night to look at all the games! I'm very excited for this. Still hate Nine Man's Morris though...