GoNintendo Thought: Nintendo, it's time for WarioWare and Rhythm Heaven on Switch

Time for these franchises to shine once again
09 April, 2020 by rawmeatcowboy | Comments: 7

Today we're talking about two Nintendo franchises that are very near and dear to my heart. I hope you feel the same way about them. Let's get the chatter going and hope Nintendo pays attention! As always, thanks for reading. 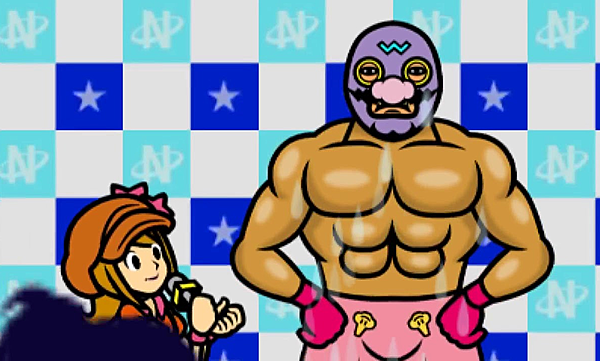 One of my favorite things about Nintendo is their experimental nature. For every Super Mario or Legend of Zelda, there's a Nintendo Labo, Ring Fit Adventure, and so on. Nintendo always innovates within their core franchises, but there's no denying that they love to dabble with non-traditional ideas for completely new games. Even if those off-the-wall experiences don't interest you personally, you have to respect Nintendo's desire to expand what games can be, and willingness to try new ideas.

It's those hits and misses that make Nintendo a very exciting company to follow. You always know that the next big Metroid or Animal Crossing is in the works, but the real fun comes from wondering what wacky ideas they're cooking up. It's Nintendo's urge to forge ahead into the unknown that has given us genre-busting franchises like WarioWare and Rhythm Heaven. These series' have both gone on to release multiple installments and sell millions of units worldwide. I think it's about time Nintendo added to those franchises with new installments for the Switch.

Truth be told, I'm actually shocked that we haven't seen a WarioWare title on Switch by this point. The Switch is absolutely perfect for bringing new experiences to WarioWare. Every new WarioWare installment since the original has gone out of its way to utilize the features of the platform its on. WarioWare Twisted crammed rotation and rumble aspects into a GBA cart, WarioWare Touched went all in on the DS touchscreen, WarioWare Smooth Moves was a true showpiece for what the Wii Remote could do, and WarioWare Snapped utilized the DSi camera. 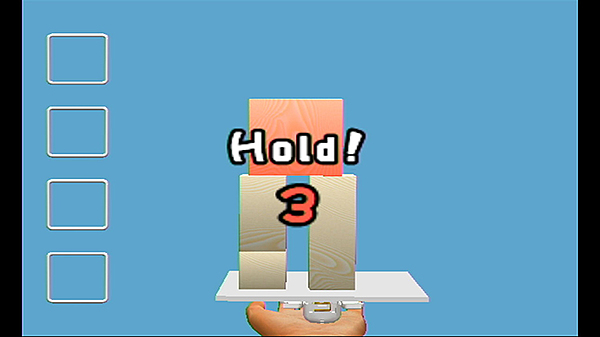 Since Snapped released, Nintendo has been working on spin-offs or compilations for WarioWare, meaning we haven't gotten a true WarioWare game since 2008. WarioWare D.I.Y. was absolutely an impressive experience for making your own microgames, Game & Wario did some unique things with the Wii U GamePad, and WarioWare Gold sprinkled in some new fun alongside microgame classics. All well and good in their own right, but not the next real step in the franchise. This only drives the point home that it's time for WarioWare to return to form on Switch.

Can you imagine the crazy microgames Nintendo could come up with on Switch? You could have a whole new collection of microgames similar to what was found in Smooth Moves, but that's just scratching the surface. WarioWare is one of the few franchises that could really take the Joy-Con IR camera and run with it. It's hard to imagine that Nintendo would have any trouble coming up with countless ideas for that much-neglected Joy-Con feature. The same goes for HD Rumble, which also seems perfectly suited to WarioWare. Combining everything the Switch can do into one WarioWare entry would make for an installment jam-packed with new ways to play.

Things get even better when you start thinking about Nintendo utilizing accessories. I think the biggest opportunity would come from Ring Fit Adventure's Ring-Con. Once again, this unique control method is another perfect example of a gateway to new and unique microgames. I'd also be down with some Nintendo Labo-style WarioWare outings as well. There's no doubt Nintendo could come up with really kooky stuff if they went down that path. It's important to remember that these accessories wouldn't have to be the main focus for the next WarioWare, but they could be bonus content for those who have access to the necessary peripherals. The core game itself could still offer up hundreds upon hundreds of microgames based on what comes with the Switch alone. 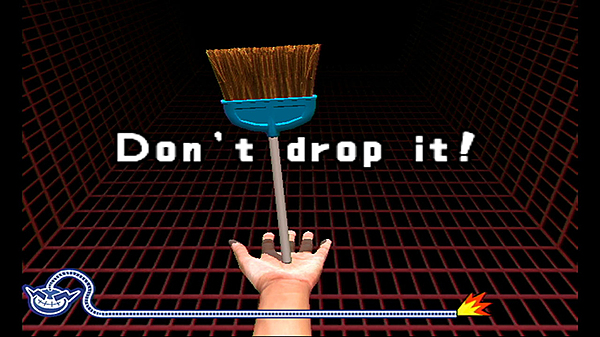 The same thing can be said about the Rhythm Heaven series, perhaps to a lesser degree. While it doesn't have the versatility and experimentation aspects that the WarioWare series does, there's no reason why Rhythm Heaven couldn't put the Switch's features to great use as well.

The Switch is all about offering up unique ways for people to play, allowing them to pick an option best suited to their playstyle. Rhythm Heaven could do that as well, moreso than any previous installment. We've had Rhythm Heaven on both portables and consoles in the past, but Rhythm Heaven on the Switch could provide both experiences perfectly. If you want to hear the game's music pumping through your home theater, drop your Switch into the dock. If you're looking for a more personal experience, grab a set of headphones and play portable. Most importantly, you can get some friends in on the action as well by playing multiplayer on TV, or through tabletop mode. Every option provides a new way to experience the fun, be it solo or with others. 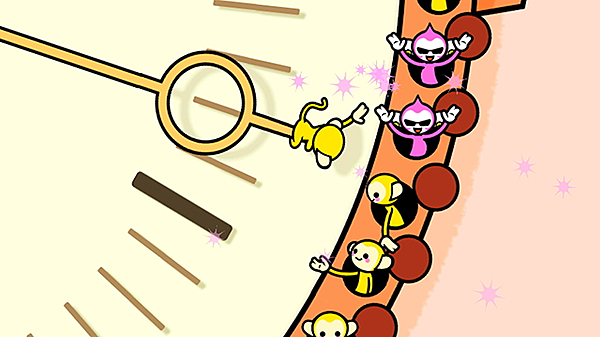 On top of that, the Switch input methods are perfect for Rhythm Heaven too. The entire series is about giving players the easiest ways possible to tap out the game's beats. You could use a single button press on the Joy-Con, and you'd be able to hold it in multiple orientations. The game could also allow for touchscreen input as it has on previous portable installments. Why not throw in a special collection of games that make use of the enhanced motion controls the Joy-Con offer? With the Switch's expanded audience and ease of play, Rhythm Heaven seems like it could have a true breakthrough moment for the entire series.

Will WarioWare or Rhythm Heaven end up making their way to the Switch? I certainly hope so, but I honestly don't know. I was truly shocked to see that we didn't get a true installment in the WarioWare series on the 3DS. I thought that platform would be a lock for the long-running franchise, but Nintendo opted for the compilation package instead. I'd like to think that there's an even better case to be made for WarioWare on the Switch, but you never know. Truth be told, I think WarioWare has a much better chance at a new Switch installment over Rhythm Heaven, which makes me sad. I love both franchises dearly, but there's no doubt WarioWare is the bigger money-maker of the two.

The thing that bothers me the most is that I see so much potential for both franchises on the platform. If we don't get either series on the Switch, it will feel like a pair of major missed opportunities. I want to see what Nintendo can do with both series' on Switch, as there's so many different directions to go in. Both WarioWare and Rhythm Heaven let us see Nintendo at their most unleashed, with free-form ideas, wacky direction, and pure fun. Using the Switch hardware to expand on both games seems like an absolute no-brainer. 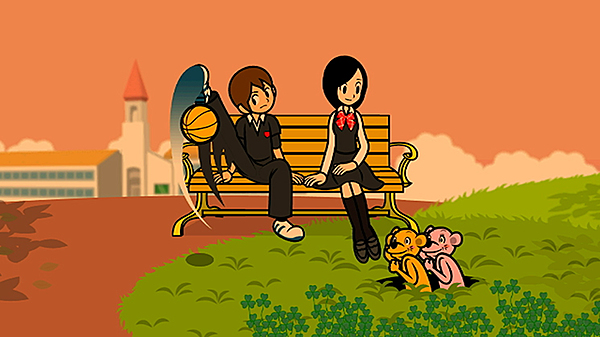 Please, Nintendo...don't skip out on these opportunities. WarioWare could be the most impressive use of Switch tech to date, and Rhythm Heaven could really find a bigger audience than ever due to Switch's hybrid nature. Your fans are ready to scoop these games up, and we know you can put together something magical.

Both games are perfect for the platform, and I've been waiting for them since the Switch launched! Let's hope it happens.

I need a successor to Rhythm Heaven Fever!!!! (new WarioWare would also be sweet)

Yes to both and any other Nintendo franchises that arent just the same 6 we keep getting on Switch (Mario, Zelda, Kirby, Pokemon, Xenoblade, and Fire Emblem). We also have Splatoon and Animal Crossing.

So many franchises yet to hit the Switch and with every 1st party game selling gangbusters and breaking sales records on Switch and 3rd party games selling well on a Nintendo Platform for once. No excuse as to why these series wouldn't as well if marketed correctly (which Nintendo has been doing great with). Nintendo just has to try again with some of these.

And they don't all HAVE to be triple A games. Some, like Wave Race and 1080, could be great with a smaller but good team behind them. Perhaps even one of the new younger teams could give them a go. But then I would perhaps they should stick to making new games like what happened with Splatoon...

I do want Rhythm Heaven on switch. You would think with all the success switch brought in they would be having their smaller times bring this and their other mid to low level franchises back. Or bring back F-zero. They put levels of it in smash and Mario kart so it is beyond time they dust it off.

Nintendo what are you waiting to bring the WarioWare series to the Switch, with all feature Switch have, the Switch version of WarioWare could be the best version yet of the series yet.

It's so weird that Nintendo's IPs that easily utilize their hardware capabilities are not released the instant the hardware comes out.

I mean, Warioware could have easily made use of the 3D effect had they released it on 3DS at launch instead of SM3D Land or Uprising...

And it's shocking that the same thing is happening for the Switch. Its three years old now and they still couldn't do a Warioware game on it?