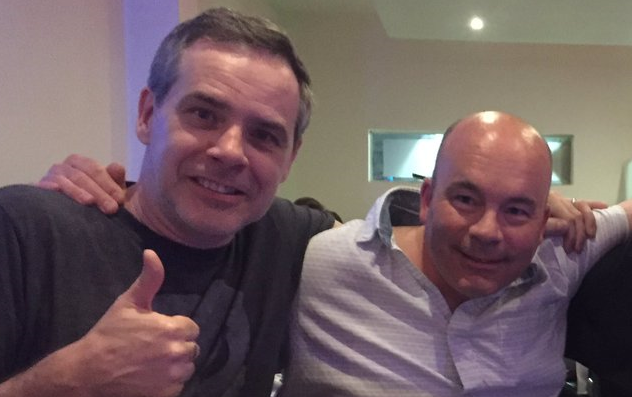 While David Wise and Grant Kirkhope may not be Nintendo employees, many fans would consider them honorary members. Both men are responsible for some of the greatest soundtracks in Nintendo's history, and certainly scored countless tunes for Nintendo's characters and RARE's IPs as well.

Both Wise and Kirkhope have a long history with Nintendo's platforms, and have been composing tunes for Nintendo fans since the NES/Game Boy days. In an interview with USGamer, both men talk about some of their work on classic RARE/Nintendo titles. Wise started by looking back on his SNES work with Donkey Kong Country, and how it was challenging to recreate that sound/vibe for his Tropical Freeze tributes.

Wise: "When we hear music today, we expect a certain level of production and polish. Although the architecture of the SNES only had eight voices and 64 KB of sample memory, it took a whole lot of processing and mixing to get the Tropical Freeze covers to sound reminiscent of the SNES sound chip."

Wise also talked a bit about composing for the N64. While the console couldn't reproduce Playstation-level quality, Wise said the system had one ace up its sleeve.

"With the N64 having MIDI, it meant that we could have dynamic responsive scores that react to the gameplay environments. Even though our competitors could use a CD, it was a fixed track and had limited scope for reactive music."

Kirkhope chimed in on his classic work as well, talking about how important it was to create strong melodies.

"You had to try your best to write a good melody and set of chords, as most of the time that was the best you could do. Rare were huge Nintendo fans, so I was constantly being reminded as to how good the Nintendo OSTs were."

There's a lot more in the full interview from both men, so make sure to give it a read here.