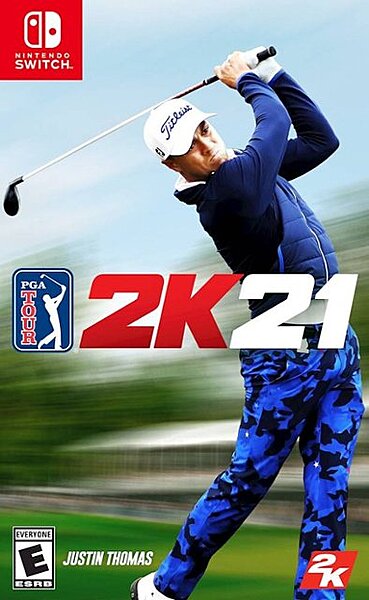 When PGA Tour 2K21 was announced for Switch, we got to see the cover art for the impending retail release. That cover art has been slightly altered since the reveal. The HB Studios logo has been removed from the front cover, and the Switch icon has been added to the corner, but that's about it when it comes to changes.

Along with this updated cover art, we have a potential release date for the physical version of PGA Tour 2K21. Again, when the game was announced for Switch, we learned that only the digital version would launch alongside the retail versions for XB1/PS4. That digital version comes out Aug. 21st, 2020, but according to GameStop, we can expect the physical option to release on Sept. 25th, 2020.