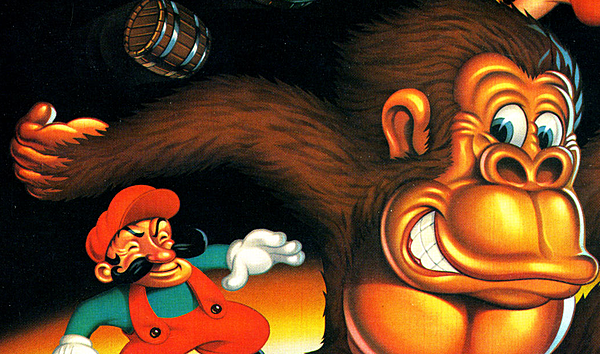 Just a couple weeks back, Steve Wiebe said he was ready to dive back into the Donkey Kong competitive scene to see if he could still hang with today's players. Now he's got a new king to dethrone.

Robbie Lakeman has managed to snag the new top score for Donkey Kong, racking up 1,260,700 points. He has taken the top spot from John McCurdy, who snagged the #1 position with a score of 1,259,000. Looks like there's still plenty of room for newcomers to squeak out a first place victory, but it's not going to be easy!

There is an eventual end game / "perfect score" scenario with this title unfortunately due to a kill screen that occurs due to system limitations.

The higher the high-score gets pushed, the more unlikely it is someone will topple it again- but man am I surprised by how far they're pushing it.

I used to clock around 250k points 10 years ago, which put me around rank 100 internationally (though I'm sure many players wouldn't have posted such noncompetitive scores)

Fantastic game design despite its age with quite a bit of depth- the arcade version was not available on a Nintendo platform for the longest time until it came to Switch.

The NES version is a super inferior port, if you're interested- check out the ACA version on eshop!

I remember this being discussed on the podcast, how neat for there to be a new record so soon! The competition is real! As for me, I was fortunate just to make it to the third level...

Imagine if Billy could beat the new high score without using an emulator.

Billy and Lakeman are buddies....ask Robbie what he thinks.