LEGO explains why the LEGO Super Mario app doesn't teach you to build courses, and why Mario can't die while playing 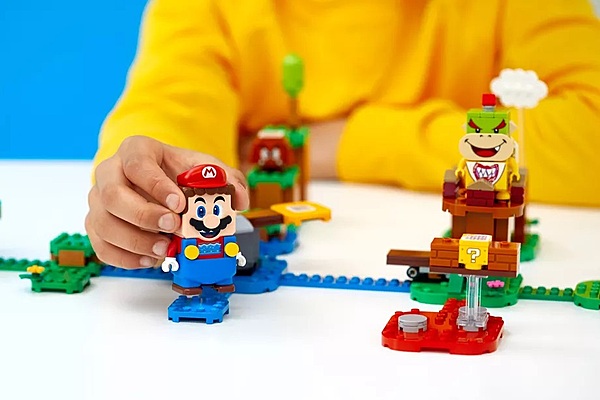 Nintendo and LEGO have been working hard to make LEGO Super Mario something special. That includes both with the toys themselves and the accompanying app. In an interview with The Verge, LEGO design head Jonathan Bennink talks about how the app went through some big changes before getting to an approach everyone liked.

While the app shows you how to build pieces, it doesn't give you course layouts. Bennink said an earlier version of the app did just that, but the team moved away from it.

“...this totally overtook the joy of just building from your imagination, because you’re basically just completing a task that we gave you.”

Some LEGO/Nintendo fans have noted that while plenty of Mario features are represented in LEGO Super Mario, not all of the mechanics of a traditional Mario game are in play. Bennink took a moment to explain why.

“We simply couldn’t translate all of the main mechanics straight to Lego play — Mario games are often about skill and making it to the finish. So in that sense it’s more akin to Super Mario Maker, where you are intrinsically motivated to get to build levels. One of the decisions that we also made is that Mario doesn’t die or get hurt a lot, and this is mainly because of Tezuka-san saying ‘We want Mario to be happy, because if Mario is happy, kids are happy,’ which turned out to be very true.”

Well duh. Lego's are for you to imagine and be creative. Same for the Super Mario Maker series.