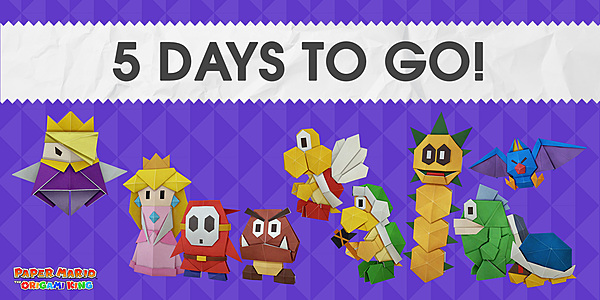 It's been a whirlwind ride with Paper Mario: The Origami King. The game was announced out of nowhere, and then revealed as launching just a couple months later. Now we're officially in launch week!

Nintendo is celebrating the upcoming launch by sharing countdown art on their Twitter account. This piece of art was shared by Nintendo Australia in particular, and it looks like they'll be doing one every day until launch. We'll make sure to bring them all to you!

Man Nintendo just spoiled every enemy in the game..

Man Nintendo just spoiled every enemy in the game..

I only hope that the game does decent enough. I rather the series be in some form rather than to live with no Mario RPG series ever.