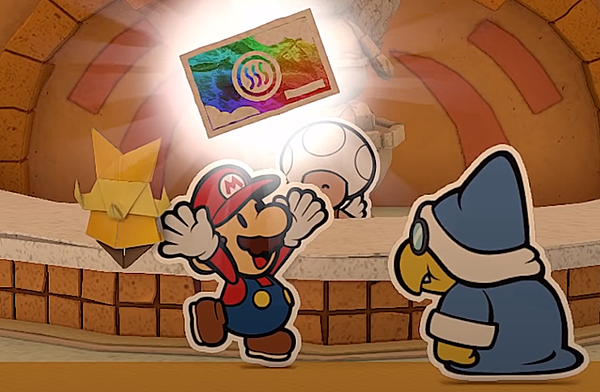 A week ago, we learned of a game-breaking bug that can pop up in Paper Mario: The Origami King. The worst part is that the bug appears late in the game, making it that much more devastating if you happen upon it.

While fans have been sharing methods to avoid the bug, Nintendo officially has a fix on the way. A Nintendo representative shared the following with Polygon.

We are aware of reports about issues affecting some players of Paper Mario: The Origami King. We are working to resolve these issues and plan to address them in a software update. We apologize for any inconvenience.

Lesson here folks. Don't buy the game immediately after its launch. Buy it within a month or two so that the bugs get fixed.

Or don't play it right away. That's something I have noticed because of my backlog that I always avoid these bugs and have al patches/updates by the time I can start playing.
Altough it has backfired too, like servers for the online component of a game already have shut down.