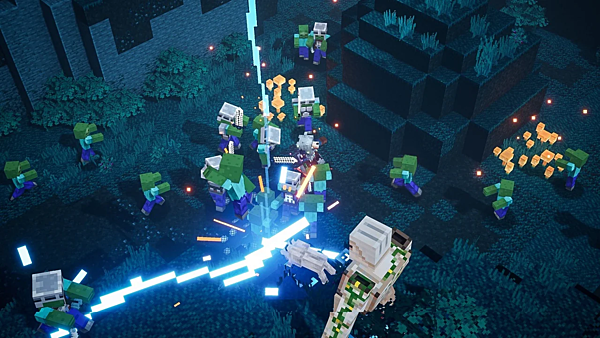 Minecraft Dungeons came to all major platforms a few weeks back, Switch included. Obviously the Switch version took a bit more work to get things going, but the end result puts the game neck-and-neck with other versions. In an interview with Nintendo Life, producer Steven Taarland explained the biggest challenge in getting the Switch version up to snuff.

Performance is often the main issue running games on Switch. Unfortunately, compared to PC, PS4, and Xbox, the Switch just doesn’t have the same hardware capabilities. We spent a lot of time optimising content, improving loading times, and ensuring hosting a 4 player on game was as stable as possible. There are of course some compromises to graphical fidelity that need to be made, but ultimately myself, the team at Double Eleven and the team at Mojang Studios are proud of what we brought to Nintendo Switch players.

too bad it crashes all the time. fun game when it can be played but looooots of crashes

Could this be some sort of a wake up call to Nintendo on whatever their next console will be, to maybe try not to stray too far behind the other consoles as far as specs go?

It seems like every time a new game releases I see an article posted here where the devs speak about all the challenges they faced getting it to run on the darn thing. Because of it, I sometimes feel like I'd be getting the inferior version if I chose the Switch version.

Nintendo will never have the same specs as their competitors. It's not their strategy to have similar power. They have good enough specs and a unique concept at a mass market price. And on top of that, it would have been impossible to make the Switch with the same power as PS4 and Xbox One at the time it was released. There's no way to put the same processing power in that small of a space without it catching on fire, and even if you could the battery would have been drained in 30 mins. Now, the next iteration of the Switch (Switch Pro or Switch 2) will be able to have PS4 level power due to technology progression, but by then they'll still be pretty far behind PS5 and Xbox Series X.